Christina shared her favorite books, the role the organization should have in the movement for Black lives, and more. 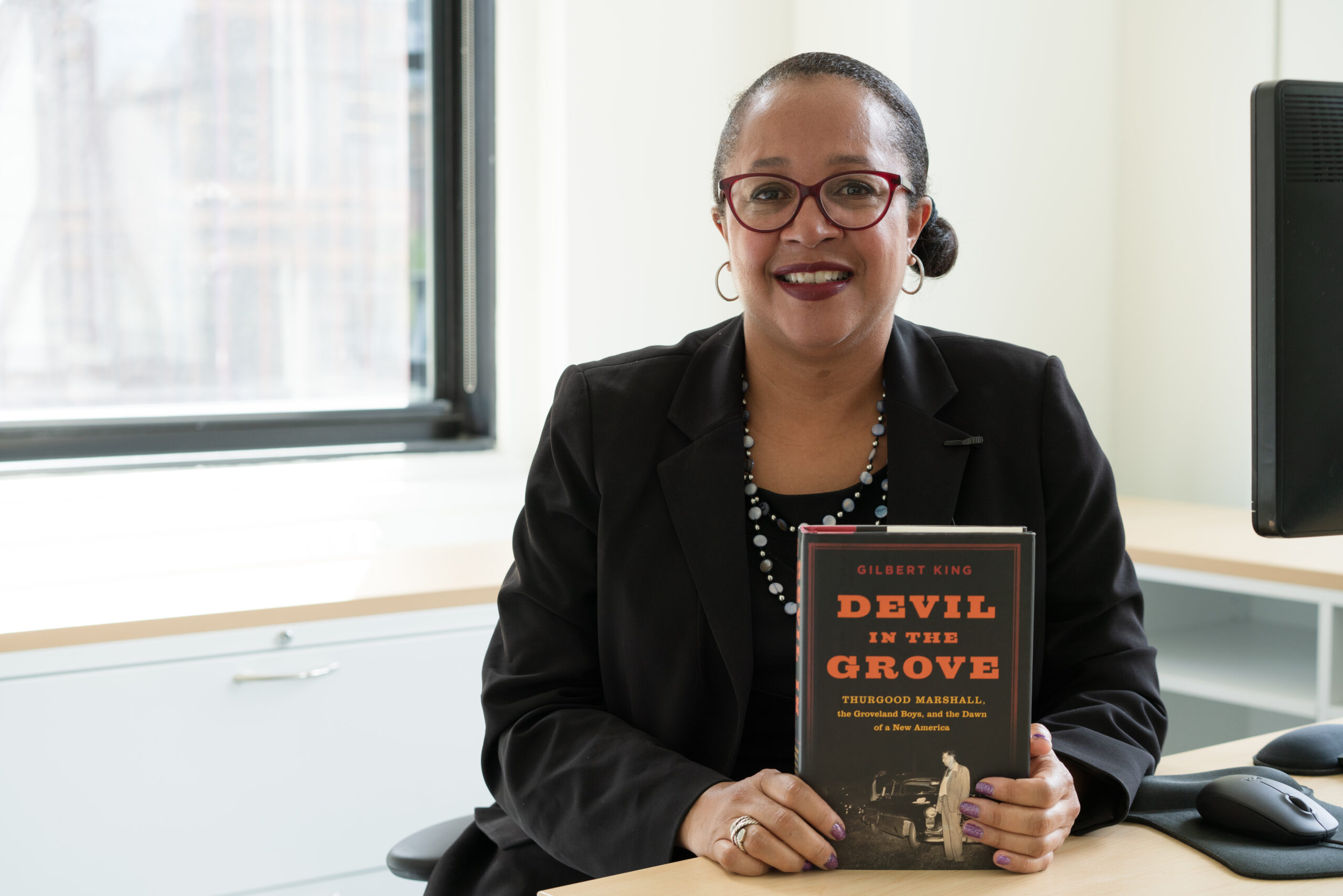 Today, we are eager to welcome Christina Swarns as she jumps into her new role as the executive director of the Innocence Project following a phenomenal 27-year career in criminal and capital defense. 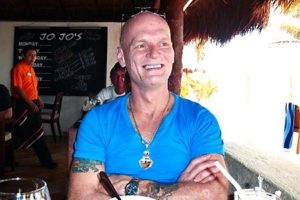 Swarns began her career as a public defender at the Legal Aid Society in her hometown of New York City after graduating from the University of Pennsylvania Law School. Since then, she has become a leading capital defense attorney who has litigated several notable cases, including that of Nicholas Yarris, the first person exonerated from Pennsylvania’s death row by DNA.

While serving as the litigation director for the NAACP Legal Defense and Educational Fund, Inc., Swarns represented Duane Buck, a Black man who was sentenced to death in Texas based on explicitly racist evidence. In 2016, Swarns served as lead counsel for Buck, arguing Buck v. Davis in the United States Supreme Court. The Court’s 6-2 ruling in Buck’s favor was monumental not only because it vacated his sentence, but also because it explicitly condemned racial bias in the administration of criminal justice. Chief Justice John Roberts, writing for the majority, said, “Our law punishes people for what they do, not who they are. Dispensing punishment on the basis of an immutable characteristic flatly contravenes this guiding principle.”

Swarns was the only Black woman to argue before the Supreme Court that term. She’s one of the very few Black women who has ever argued before the high court.

When Swarns is not fiercely litigating for people on death row or running the nation’s leading defense organizations, she is a proud single mother and has two cats, Walter and Charlie, and a dog Maya Rose. She and her daughter are currently enjoying binge watching “The X-Files.”

Read the interview below.

Why do you do criminal justice work?

There is no meaningful space between me and the people I represent. I find it absolutely intolerable that innocent people are convicted of crimes and spending years in prison. If an innocent person can be in prison for, say, 35 years, and I am an innocent person, that means I can spend that much time in prison, too. There is no way that I can stand by and allow the system to operate this way. 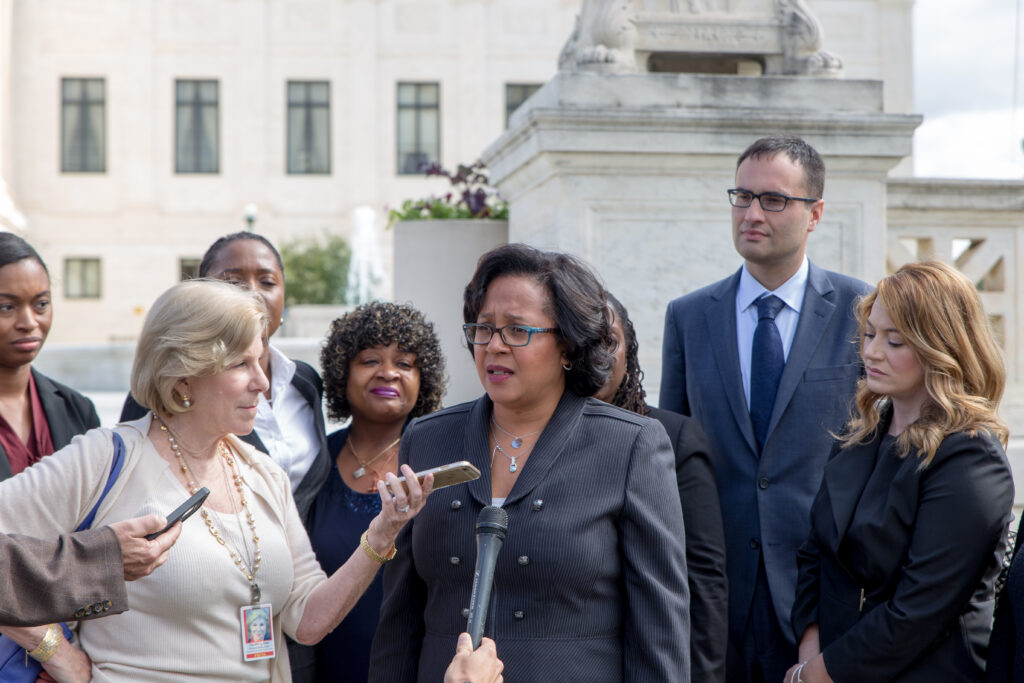 Innocence Project executive director Christina Swarns speaking to the press on the steps of the Supreme Court after the court ruled in favor of her client Duane Buck in 2016. (Image: Courtesy of Christina Swarns)

If you could change one aspect of the legal system, what would it be?

Overrule McCleskey vs. Kemp, which held that statistical evidence of racial disparity does not support a constitutional basis for relief. We have a system that is characterized by racial disproportionality from arrest to bail to sentencing. A disproportionate number of those that are wrongly convicted are Black and/or Latinx. There needs to be a meaningful way to address these kinds of arbitrary racial disparities. We have an obligation to correct that.

How do you see the Innocence Project’s role in the movement for Black lives?

The Innocence Project’s pioneering use of DNA in criminal defense litigation exposed the unreliability of laws and theories and ideas that were previously deemed foundational, like eyewitness misidentification and false confessions. The Innocence Project not only committed itself to using science to exonerate the wrongfully convicted, but also to changing the laws and policies that contributed to those profound injustices. Over the years, the Innocence Project’s work has revealed another uncomfortable truth: a disproportionate number of the 375 DNA exonerations since 1989 are Black and Latinx. That data, along with the other evidence of racial bias and disproportionality in the criminal legal system, demands similar analysis and reform. If race is contributing to wrongful conviction, we need to figure out when, where and how it is propelling error and we need to confront, challenge, address, and correct it. In this way, the work of the Innocence Project helps to dismantle a system that devalues Black life, which is the core of the movement for Black lives.

Who is dangerous, and who dies?

Who is dangerous, and who dies?

What is one thing about the Innocence Project’s work people should know? 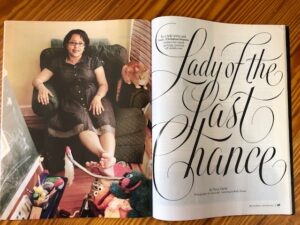 The Innocence Project is fearless. We simply will not accept a system that allows innocent people to be convicted of crimes. Period.

How do you hope to inspire the next generation of lawyers and advocates fighting for criminal justice reform?

I can’t say what inspires other people, but what I can say is that I am committed to speaking truth to power. I have an unwavering commitment to speaking out even when it’s hard, even when it is scary, and even when it shakes foundations. The only way that we are going to achieve meaningful criminal justice reform is by honestly calling out the injustices we see.

What does the future of the Innocence Project look like?

It’s going to stay ahead of the time, be creative, and cutting edge in pushing the reforms that are necessary to ensure that no more innocent people are wrongfully convicted. We will do this through education, organizing, policy advocacy, and social media. We will find, meet, and engage with the public and the relevant decision makers where they are.

What has kept you sane during the COVID-19 lockdown?

My daughter. I’ve also enjoyed backyard dinners and Zoom get-togethers with my friends. It’s forced us to be intentional about our relationships. We also have standing (outdoor/socially-distant) dinners, we do virtual game nights, I do yoga, and we are watching “The X-Files.” 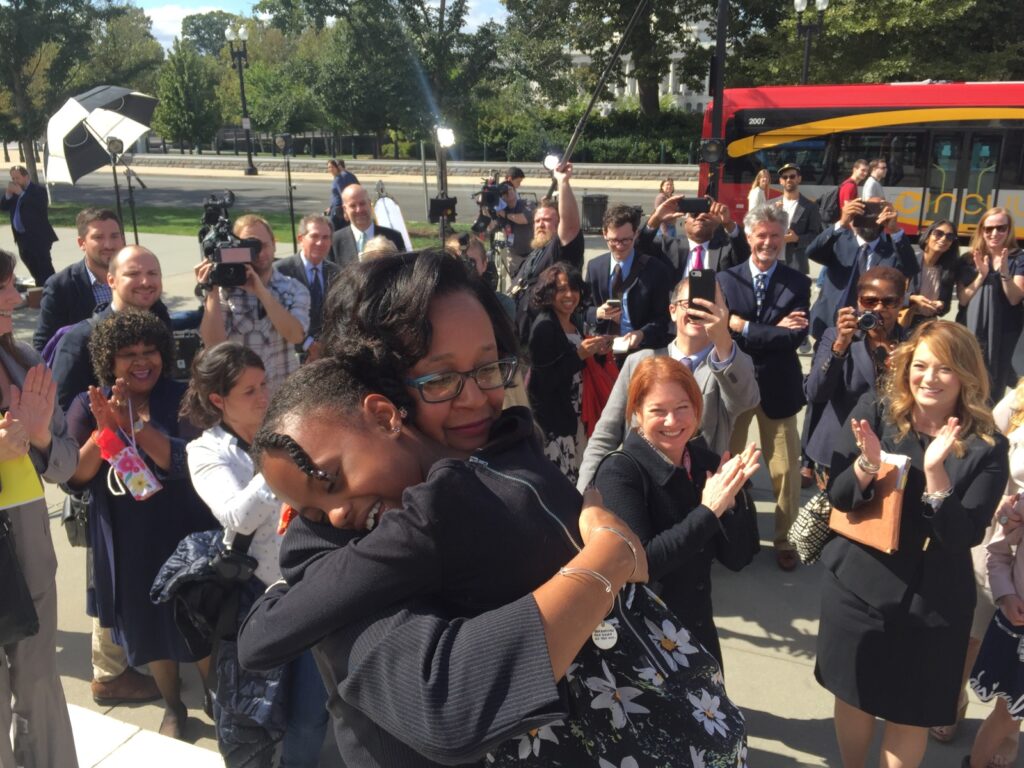 Today is International Literacy Day, what are five books everyone should read?

Help us welcome Swarns to the team.