Swarns will leverage her national reputation as a criminal justice reform expert to advance the organization's mission. 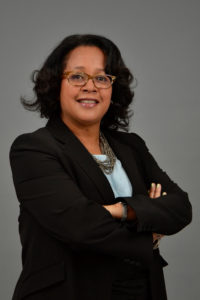 “I am thrilled and humbled to be joining the Innocence Project,” said Swarns. “This organization and its amazing staff created the roadmap for not only freeing the innocent, but also implementing the structural reforms necessary to prevent wrongful convictions and improve the administration of criminal justice for everyone. I am eager to build upon this unparalleled legacy, to embrace this once in a lifetime opportunity and to work hand-in-hand with the brilliant Innocence Project team to transform the criminal legal system.”

“Christina Swarns is the ideal person to lead the Innocence Project into its next phase as we advance our mission to overturn wrongful convictions and reform the criminal justice system,” said Jack Taylor, chairman of Innocence Project’s Board of Directors. “Over the course of her distinguished career, Swarns has demonstrated the courtroom efficacy of her brilliant legal mind, her ability to lead a mission driven organization with distinct success, and her commitment to our cause. The entire Innocence Project family welcomes her and looks forward to her leadership as we advance our vital work to free the innocent and eradicate inequality and racial bias from our system of justice.”

“This organization and its amazing staff created the roadmap for not only freeing the innocent, but also implementing the structural reforms necessary to prevent wrongful convictions…”

“When we founded the Innocence Project nearly 30 years ago, we imagined a dynamic organization that would be sufficiently nimble to evolve over time. The Innocence Project has proven its ability to broaden the scope of its reform agenda and Ms. Swarns is exactly the right leader to take this history and move it forward,” said Innocence Project Co-Founders and Special Counsel Barry Scheck and Peter Neufeld.

Swarns has dedicated her entire professional career to criminal justice reform. She currently serves as the president and attorney-in-charge of the Office of the Appellate Defender, Inc., one of New York City’s oldest institutional providers of indigent appellate defense representation. Previously, Swarns spent more than a decade at the NAACP Legal Defense & Educational Fund, Inc. (LDF), where she served as LDF’s litigation director and criminal justice project director.

“The Innocence Project has proven its ability to broaden the scope of its reform agenda and Ms. Swarns is exactly the right leader to take this history and move it forward.”

Throughout her career, Swarns has successfully represented several high-profile clients in consequential cases. She argued, and won, Buck v. Davis – a challenge to the introduction of explicitly racially biased evidence in a Texas death penalty case – in the United States Supreme Court. In a February 2017 decision, Chief Justice John Roberts, writing for a 6-2 majority, vacated Duane Buck’s death sentence and denounced the “noxious strain of racial prejudice” that infected the case after an expert witness testified that Mr. Buck was more likely to commit criminal acts of violence in the future because he is Black. Swarns was the only Black woman to argue in that Supreme Court term and is one of the few Black women ever to have argued before the nation’s highest court.

“Selecting Christina Swarns as the new Executive Director is, without question, an extraordinary win for the Innocence Project,” said Sherrilyn Ifill, the president and director-counsel of the NAACP Legal Defense and Educational Fund, Inc. “Christina’s dedication and leadership in the field of criminal defense, and her resolute commitment to confronting issues of race and injustice head-on, make her the right leader for the Innocence Project at this critical moment in our country. I congratulate the Board and staff of the Innocence Project on this brilliant selection, and I look forward to supporting Christina as she steps up to lead this exceptional and powerful justice organization.”

Prior to joining LDF, Swarns served as a supervising assistant federal defender and assistant federal defender at the Capital Habeas Unit of Philadelphia’s Federal Community Defender Office. While there, Christina represented numerous individuals with death-sentences whose convictions and/or death-sentences were reversed, including Nicholas Yarris, the first man sentenced to death in Pennsylvania and later to be exonerated by DNA evidence. Swarns began her legal career as a staff attorney with the Legal Aid Society’s Criminal Defense Division in New York.

A passionate legal advocate, Swarns speaks and writes regularly on issues concerning race, law and criminal justice.  She is frequently interviewed by major media outlets; she has authored op-eds, including, “Dylann Roof Shouldn’t Get the Death Penalty”; and she is the subject of several high-profile interviews, including by Academy Award-winning film maker, Errol Morris (Who is Dangerous, and Who Dies?), the ABA Journal (Lady of the Last Chance: Lawyer Makes Her Mark Getting Convicts Off Death Row) and the Washington Post (Defense Lawyer Fights Racism in Death Row Cases).