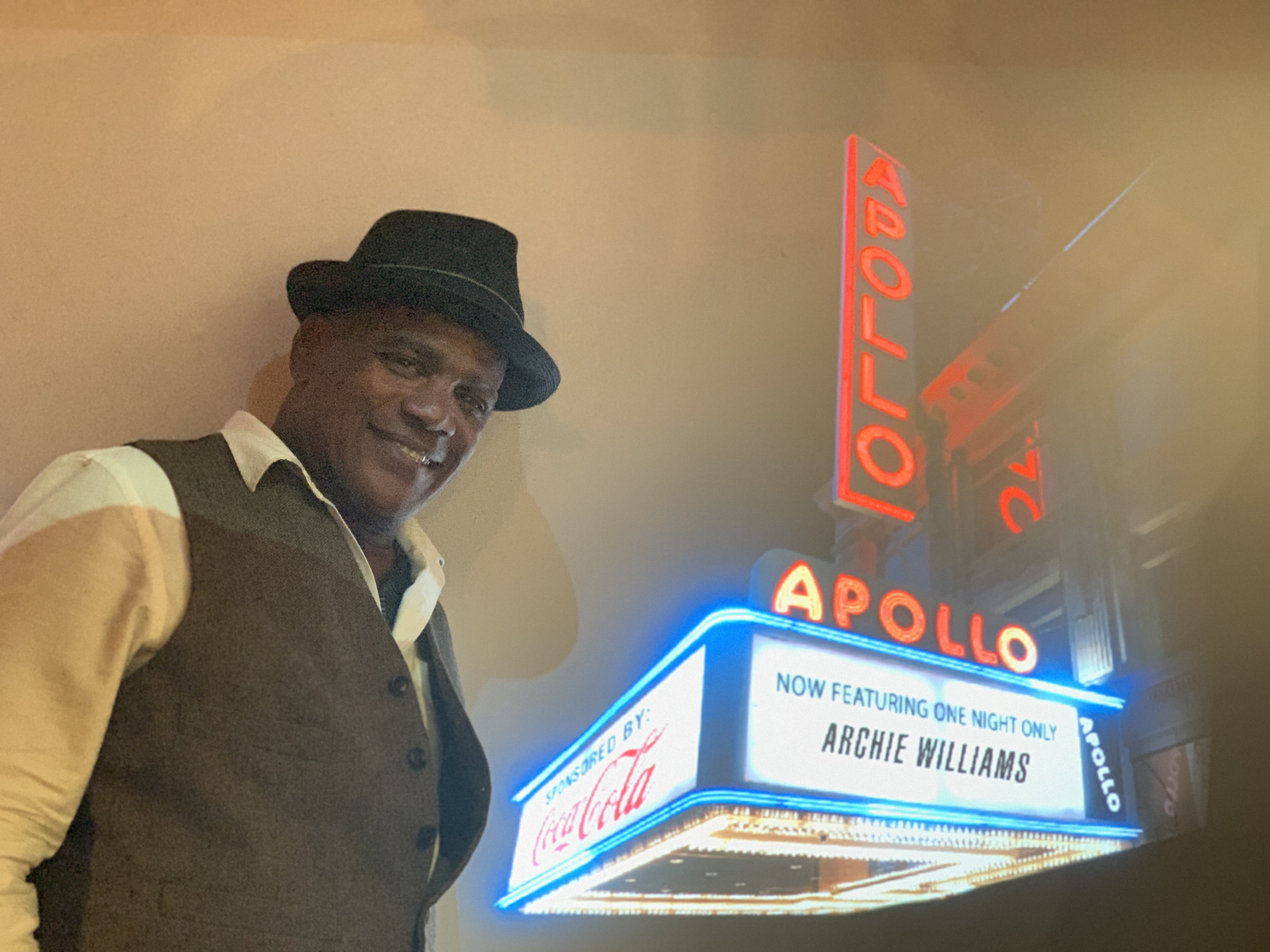 Archie Williams at the Apollo Theater in September 2019. Photo by Vanessa Potkin/Innocence Project.

(New York – October 28, 2019) – In March of this year, Archie Williams was exonerated after 36 years in prison for a 1983 crime he did not commit. On Wednesday, Williams will take the stage of the legendary Apollo Theater to perform as part of Amateur Night at the Apollo, fulfilling a dream that began while in prison in Louisiana.

Buy tickets to see Archie live at the Apollo on October 30, 2019

“I was in my first band when I was 12,” explained Williams. “Throughout my incarceration at Angola, I sung. I sung gospel in the church, and started my own band. Music helped me get through prison. I always envisioned myself on stage at the Apollo one day.”

At just 22-years-old, Williams was convicted based on flawed evidence and received a mandatory sentence of life in prison with no possibility of parole. After nearly 40 years at Angola prison, it took analysts mere hours to run fingerprints collected at the crime scene through a national database and find a match to the actual perpetrator, a serial rapist.

We’re so inspired to see Archie Williams fulfill another life goal of trying out for @ApolloTheater’s Amateur Night today— sang it Archie! Learn more about his case. https://t.co/otFKWMli3w pic.twitter.com/NEPaeljUxi

“Mr. Williams wrote to the Innocence Project for help in 1995,” said Vanessa Potkin, director of post-conviction litigation at the Innocence Project. “We fought alongside Mr. Williams for close to two and a half decades for access to the forensic tests that proved his innocence. To be able to join him as he takes the stage at the Apollo is incredibly meaningful.”

Williams, who auditioned for a spot on the famed show earlier this year, is excited about the opportunity: “To sing Stevie Wonder at the Apollo means everything to me. He is the most profound and spiritual singer I’ve encountered.”

Potkin added, “From the Farm at Angola, an iconic symbol of racial oppression and mass incarceration, to Amateur Night at the Apollo, beating heart of the Harlem Renaissance where artists are launched to the top of the world, here will walk Archie Williams with his indomitable spirit to sing Stevie Wonder and prevail!”

According to its website, “Amateur Night at the Apollo is one of New York’s most popular live entertainment experiences, attracting performers and audiences the world over. The classic competition is known for its notoriously ‘tough’ audience, gleefully deciding who will ‘be good or be gone’ to win the grand prize. Who will be the next Ella Fitzgerald, James Brown or Michael Jackson? At Amateur Night, you decide.”