In 1995, 12 years into his prison sentence, Archie Williams wrote to Innocence Project Co-Founder Barry Scheck asking him for legal assistance. “As the years go by I sit here year after year, it’s like no one cares,” Williams wrote.

“By the Grace of God I’m still holding on hoping and praying in faith that someone will answer my letter and help me.”

Related: He Spent 36 Years Behind Bars. A Fingerprint Database Cleared Him in Hours.

From that point on until 2019, Scheck and a team of Innocence Project attorneys, including Director of Post Conviction Litigation Vanessa Potkin—who was assigned the case when she joined the organization in 2000—tried every avenue to prove Williams’ innocence. The Innocence Project New Orleans joined the legal team later in the case. For 20 years the State blocked access to evidence that could prove his innocence.

Finally, on March 21, 2019, Commissioner Kinasiyumki Kimble of the 19th Judicial District Court of East Baton Rouge, Louisiana, vacated Williams’ rape and attempted murder conviction. The Commissioner made her decision after new fingerprint evidence, which excluded Williams, was matched through the national fingerprint database to Stephen Forbes, a man who had also committed a string of sexual assaults. Take a look at Williams’ gripping letter to Scheck below. 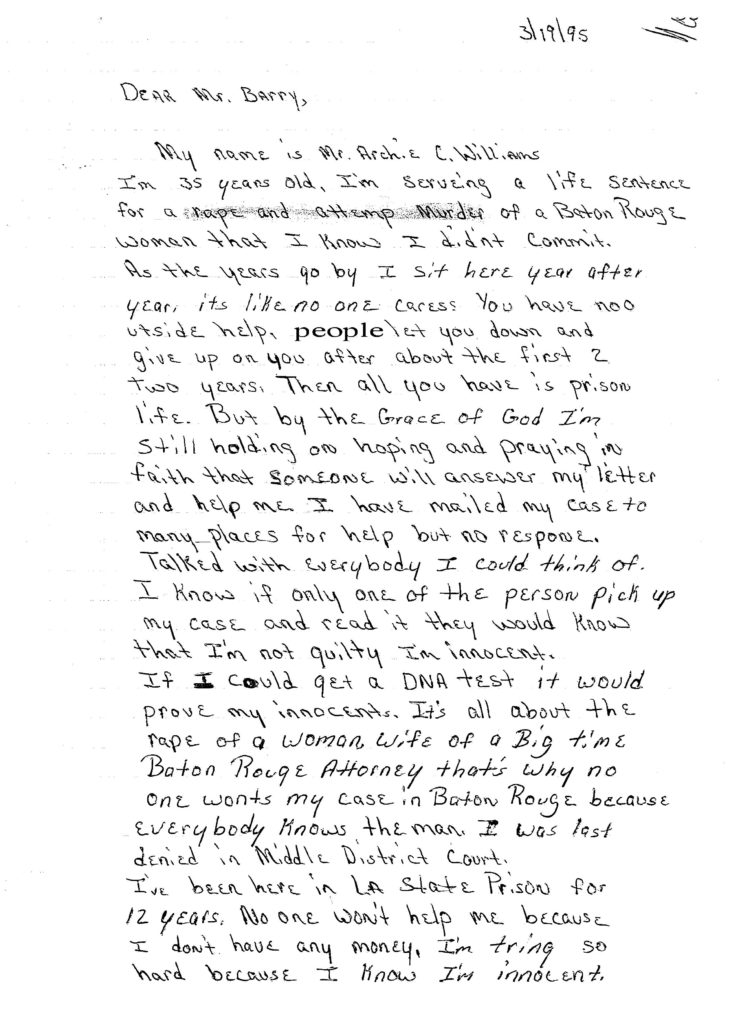 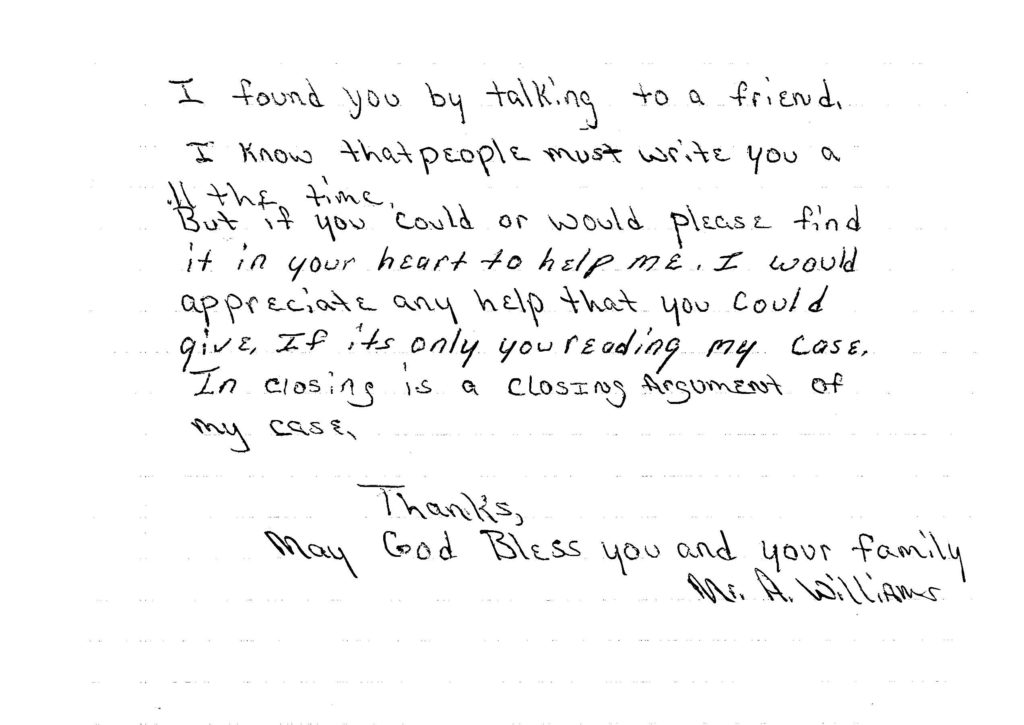 *This letter has been edited to protect confidentiality.