Gregory Counts moments after his exoneration on May 7, 2018 in New York City. Photo by Sameer Abdel-Khalek.

(New York – May 7, 2018) With the consent of the District Attorney’s Office, today a New York County Supreme Court judge vacated the convictions of Gregory Counts and VanDyke Perry for a 1991 gang-rape that the complainant now acknowledges never occurred. DNA testing that identified another man’s sperm in the complainant’s underwear led to a joint reinvestigation between the Innocence Project, the Office of the Appellate Defender and the New York County District Attorney Office’s Conviction Integrity Unit, revealing that law enforcement failed to fully investigate the case that resulted in two young black men serving a combined 36 years for a crime that never occurred. Counts, represented by the Innocence Project, served 26 years before he was paroled last year. Perry, who was paroled in 2001 and is represented by the Office of the Appellate Defender Office of the Appellate Defender’s Reinvestigation Project, served 10 years.

Donate: Greg and his family have set up a fundraiser page for those wishing to contribute

“We are grateful to the New York County District Attorney’s Office for working collaboratively with us and moving quickly to restore justice to Mr. Counts and Mr. Perry,” said Barry Scheck, co-director of the Innocence Project, which is affiliated with Cardozo School of Law. “This case underscores why it’s critical that prosecutor conviction integrity units work collaboratively with defense attorneys, and we are hopeful that the Conviction Integrity Unit will make this level of collaboration a standard part of its process moving forward,” said Scheck, who serves as an advisor to that Unit.

Related: Connecticut Man Exonerated After Serving 16 Years for a 1991 Murder He Didn’t Commit

Seema Saifee, a senior staff attorney with the Innocence Project, added, “This case paints a very dark picture of the criminal justice system in New York City, especially at that time and continuing today. Like so many other cases that have come to light in recent years, these young black men were aggressively prosecuted and given lengthy prison sentences with very little care for finding the truth.” 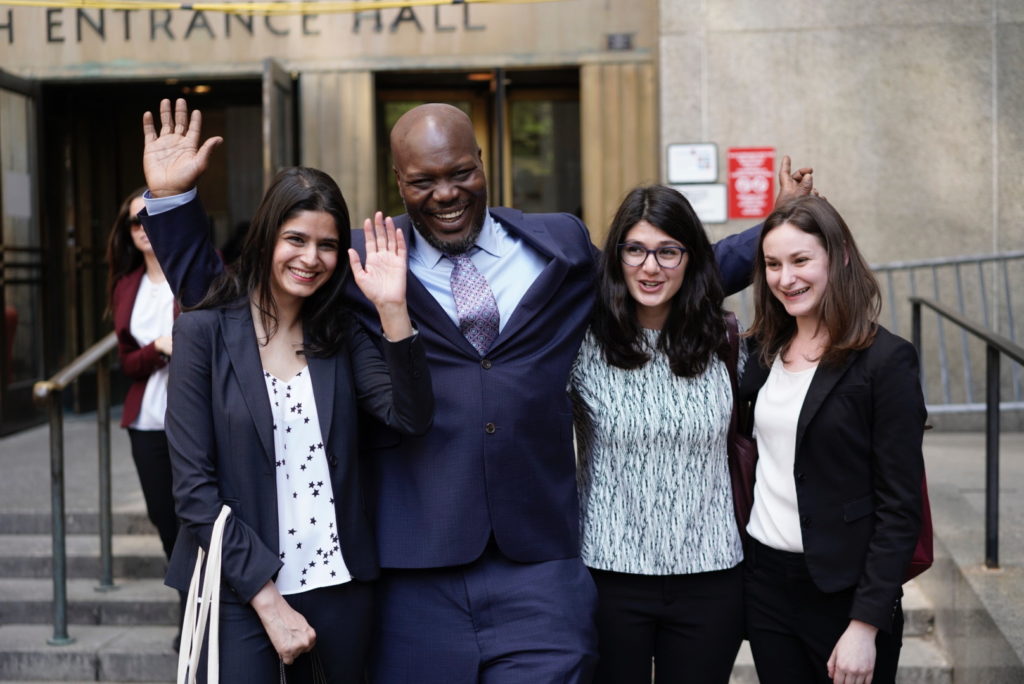 Counts, then 19, and Perry, then 21, were convicted of the alleged 1991 sexual assault based on the testimony of a woman who claimed that the two men and a third man, Leonard Jones, who was never arrested, abducted her near a Queens subway station, forced her into Jones’s two-door brown hatchback and drove to Central Park where the three men took turns sexually assaulting her in the backseat of the car and outside in the park. Prior to trial, earlier generation DNA testing of sperm found on the complainant’s underwear, which she pulled back on immediately after the alleged rape, excluded the two men as the source. The complainant’s treating physician also observed no evidence that she had been punched in the face or experienced other physical trauma as she had claimed.  Although there was no other witness or evidence against the men except the complainant’s testimony, both men were convicted.

Numerous pieces of evidence should have given police and prosecutors pause before bringing the case to trial with the evidence that existed at the time – even a grand juror questioned the prosecution as to whether there was any physical evidence that the complainant had been raped.  Prior to trial, the complainant gave widely conflicting accounts of the alleged crime. After making the initial accusation, the complainant became uncooperative with the district attorney’s office.  After the DNA results excluding the defendants were made known to the complainant, she told the jury that she had unprotected sex both the night before and the morning of the incident with her boyfriend. The prosecution argued to the jury that the sperm in her underwear came from her boyfriend. Neither the prosecution nor the defense moved to have the boyfriend’s DNA analyzed to test that assertion.

Perry insisted that he was at work and had time sheets to corroborate that claim; Counts said he was babysitting his brother. “If a root cause analysis is done on this case involving all the criminal justice stakeholders, and it should be so we can learn from it, I think we will find this miscarriage of justice was avoidable and all the stakeholders bear some responsibility,” said Scheck.

“This case paints a very dark picture of the criminal justice system in New York City, especially at that time and continuing today.” Seema Saifee

Approximately two months before reporting that she was sexually assaulted, the complainant’s boyfriend (the father of her two children) shot Perry in their Queens apartment. The boyfriend sold drugs with the three men and owed them money. Perry went to the hospital for a gunshot injury to the foot. Police attempted without success to locate the boyfriend.

Police in Queens informed the Manhattan Sex Crimes Squad (which was investigating the alleged sexual assault) that the boyfriend was wanted for a shooting shortly after the complainant claimed to have been sexually assaulted. The boyfriend was then arrested and charged for the shooting while visiting the complainant who was being treated in the hospital for the alleged sexual assault.

After his arrest, the complainant’s boyfriend offered to help police find the alleged third assailant, Leonard Jones.  The boyfriend drove around Queens with police, and pointed out Jones’s home, as well as the car in his yard, as the vehicle in which the complainant was allegedly sexually assaulted.  Police never seized the car, which was sitting in his yard, nor searched it for any physical evidence, such as semen, hair or fingerprints.

“I didn’t want to waste one more minute being angry when I could spend that minute being happy.” -Greg Counts, exonerated after 26 years in prison for a crime that never happened: https://t.co/SVwJcJ08LG (Photo by @sameerak_) pic.twitter.com/GG3Om0S3Ie

After his conviction, Counts sought the help of the Innocence Project, which ultimately received the consent of the New York County District Attorney’s Office to conduct additional DNA testing. More advanced DNA testing that was not available at the time of trial identified a male profile from a sample remaining from the semen found on the complainant’s underwear.  In 2016, the profile was placed into the FBI’s national offender CODIS database and hit to a man, now deceased.

Based on this information, the District Attorney’s Office sent an investigator to speak with the complainant who showed her a photograph from 1991 of the man whose semen was found in her underwear at the time she reported being the victim of a sexual assault.  The complainant maintained that the man depicted in the photograph was neither the third attacker nor a consenting partner, and she did not recognize him. This and other new information from the complainant resulted in the collaboration between the Conviction Integrity Unit, the Innocence Project and the Office of the Appellate Defender’s Reinvestigation Project to conduct a thorough reinvestigation of the case.

Investigators for the District Attorney’s office and the Innocence Project and Office of the Appellate Defender together located Jones, now living out of state, who insisted that neither he nor the other two men raped the complainant and stated that he has lived for the past three decades with the fear of being arrested on the false charges.

After a joint collaboration and interviews of other witnesses, the investigators ultimately spoke to the complainant again, who now fully acknowledges that the rape never occurred, recanted her trial testimony about the kidnapping and sexual assaults and stated that she was pressured into concocting the false accusation by her boyfriend who owed money to the men.

Counts and Perry were joined in court by Jones as well as family and friends when the indictment was officially dismissed today before Justice Mark Dwyer.