Walter Barton was the first person executed during the COVID-19 pandemic.

Updated on May 19, 2020, 7:37 p.m. ET: The U.S. Supreme Court denied a request to intervene in Walter Barton’s case this afternoon. Barton was executed this evening in Missouri. He is the first person to be executed in the U.S. during the COVID-19 pandemic.

The Innocence Project extends our condolences to the Barton family.

“I, Walter ‘Arkie’ Barton, am innocent and they are executing an innocent man!!”— #WalterBarton, executed on May 19 at via @KCStar https://t.co/b4N8WtR5Of

Updated on May 19, 2020, 5:55 PM ET: Today the U.S. Supreme Court refused to halt the execution of Walter “Arkie” Barton, after the court of appeals for the 8th Circuit lifted the stay on his execution, discounting evidence of his innocence because it was previously available to his defense counsel. Barton will be executed this evening. He will be the first person executed in the U.S. during the COVID-19 pandemic.

Barton was convicted of a 1991 murder based on unreliable evidence; he has always maintained his innocence. On Monday afternoon, Missouri Governor Parson denied Barton clemency and Barton’s legal team filed an appeal to the U.S. Supreme Court.

The Midwest Innocence Project, the Innocence Project, and the MacArthur Justice Center had asked Missouri Gov. Michael Parson to stop Barton’s execution and appoint a Board of Inquiry into his innocence. Unfortunately, he didn’t step in. Here’s what you need to know about his case.

1. Walter Barton is likely innocent. Barton was convicted based on the testimony of an unreliable jailhouse informant and the use of bloodstain pattern analysis — a forensic method whose validity scientists have questioned. Nearly half of all DNA exonerations in the United States involved the use of misleading or misapplied forensic science, like blood spatter evidence. New forensic evidence points to his innocence. 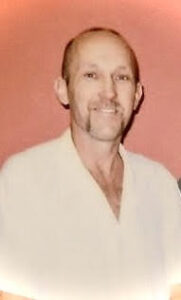 Courtesy of the Midwest Innocence Project.

The only piece of physical evidence used to connect Barton to the murder was a spot of blood found on his shirt, which Barton has always said got on his shirt while he was pulling the victim’s granddaughter off her body — a fact the victim’s granddaughter confirmed to investigators. New expert analysis has revealed that the spot is consistent with Barton’s account of events, and that the blood was not a result of spatter from the crime. Significantly, the victim was stabbed 50 times, and the real perpetrator of the crime would have been covered with blood, which Barton was not.

The only other physical evidence in the case — hair found on the victim’s torso and biological material underneath her fingernails — does not match Barton.

2. Barton has been tried five times and had two convictions overturned. Barton’s first trial ended in a mistrial and his second in a hung jury. He was convicted at his next trial, but the conviction was overturned because the defense counsel’s closing argument, which pointed out discrepancies in the timeline of the case, had been restricted during the trial.

At his fourth trial, Barton was convicted but, again, his conviction was overturned after the prosecution was found to have engaged in multiple acts of misconduct, including the use of perjured testimony from a jailhouse informant. This same informant testified at Barton’s fifth trial — his latest to date — at which he was convicted and sentenced to death.

Make Sure Everyone Knows About Walter's Case by Sharing on Twitter

Make Sure Everyone Knows About Walter's Case by Sharing on Twitter

3. The unit that convicted Barton is also responsible for the wrongful conviction of at least four other innocent men. Barton’s case was prosecuted by a special unit in the Missouri Attorney General’s Office, which prosecutes capital cases throughout the state alongside or, at times, instead of the local county prosecutor’s office. This same office was responsible for prosecuting Joshua Kezer, Dale Helmig, Mark Woodworth, and Brad Jennings, all of whom were later exonerated. In total, these men spent nearly 60 years wrongfully incarcerated. Judges ruled that the prosecutors from this unit had “repeatedly misstated the evidence,” knowingly presented false testimony, and failed to disclose evidence in their cases.

This office has now prosecuted Mr. Barton five times, leaving, as one Missouri Supreme Court justice noted, “a trail of mishaps and misdeeds that, taken together, reflect poorly on the criminal justice system.”

4. At least three jurors who voted to convict Barton now say they would have voted differently if they had seen the new evidence. These three jurors say they now have doubts about Barton’s guilt and would not have voted to convict him if they had seen the new expert testimony about the origin of the blood stain. In recent affidavits, the jurors stated there was not unanimous support of Barton’s guilt when deliberations began.

5. Barton has had woefully inadequate counsel, including one attorney who has since been suspended from the practice of law.

6. Missouri is the only state attempting to execute someone in the middle of a global pandemic. Barton is set to be the first person executed since the coronavirus outbreak hit the US. No other state is seeking to execute individuals at this time due to concerns that executions cannot be carried out risking the spread of the virus. So far, Ohio, Tennessee, and Texas have all postponed executions.

The pandemic also calls into question Mr. Barton’s ability to receive due process as much of the work that should have been done in his defense — including interviewing new witnesses, reinvestigating disputed evidence, and filing new legal claims — has been put on hold due to the pandemic and subsequent shutdown.