Looking back at Taryn Simon’s Guggenheim Award-Winning Series: The Innocents

The Innocents (2002) documents the stories of individuals who served time in prison for violent crimes they did not commit and explores photography’s role in criminal investigations.

The primary cause of wrongful conviction is mistaken identification. A victim or eyewitness identifies a suspected perpetrator through law enforcement’s use of photographs and lineups. This procedure relies on the assumption of precise visual memory. But, through exposure to composite sketches, mugshots, Polaroids, and lineups, eyewitness memory can change. In the history of these cases, photography offered the criminal justice system a tool that transformed innocent citizens into criminals. Photographs assisted officers in obtaining eyewitness identifications and aided prosecutors in securing convictions.

*A note about the image above from the Innocence Project: Larry Youngblood was wrongfully convicted in 1985 of raping a young boy, but the Arizona Court of Appeals freed Youngblood after it reversed his conviction on grounds that the state violated his due process rights when it destroyed biological evidence. In a landmark Supreme Court decision, (Arizona vs. Youngblood), however, the conviction was reinstated and Youngblood returned to prison. Finally in 2000, Youngblood was proven innocent by DNA and was freed. He passed away in 2007.

Here are four more photos from the series. 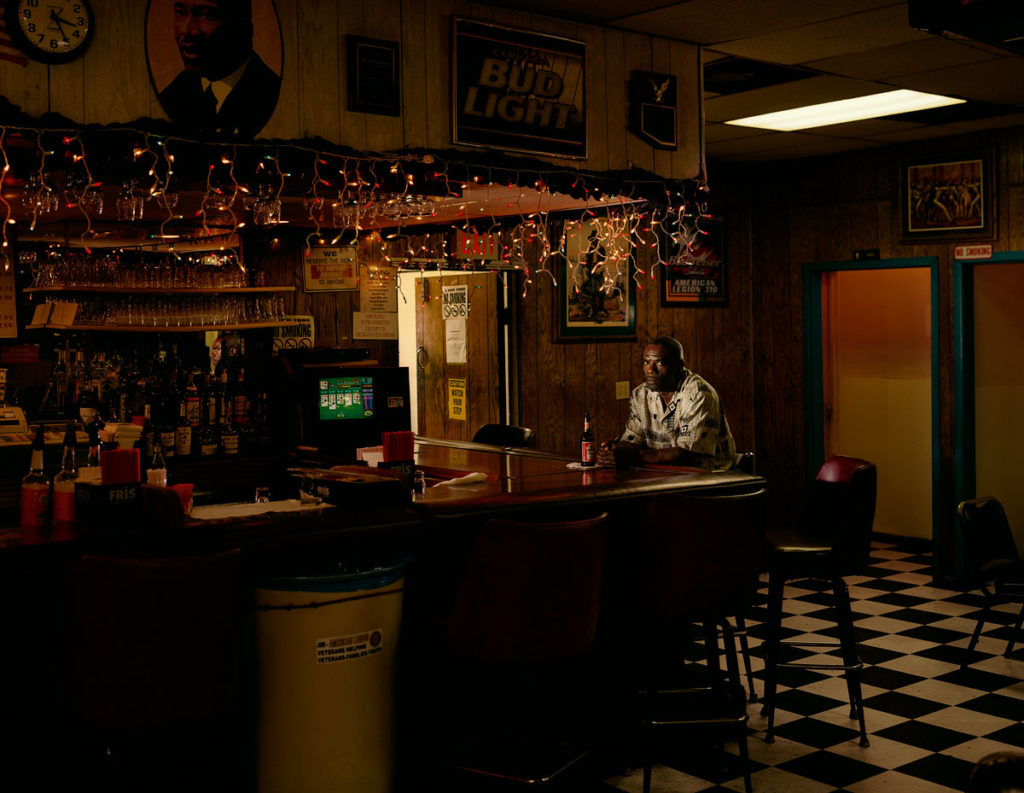 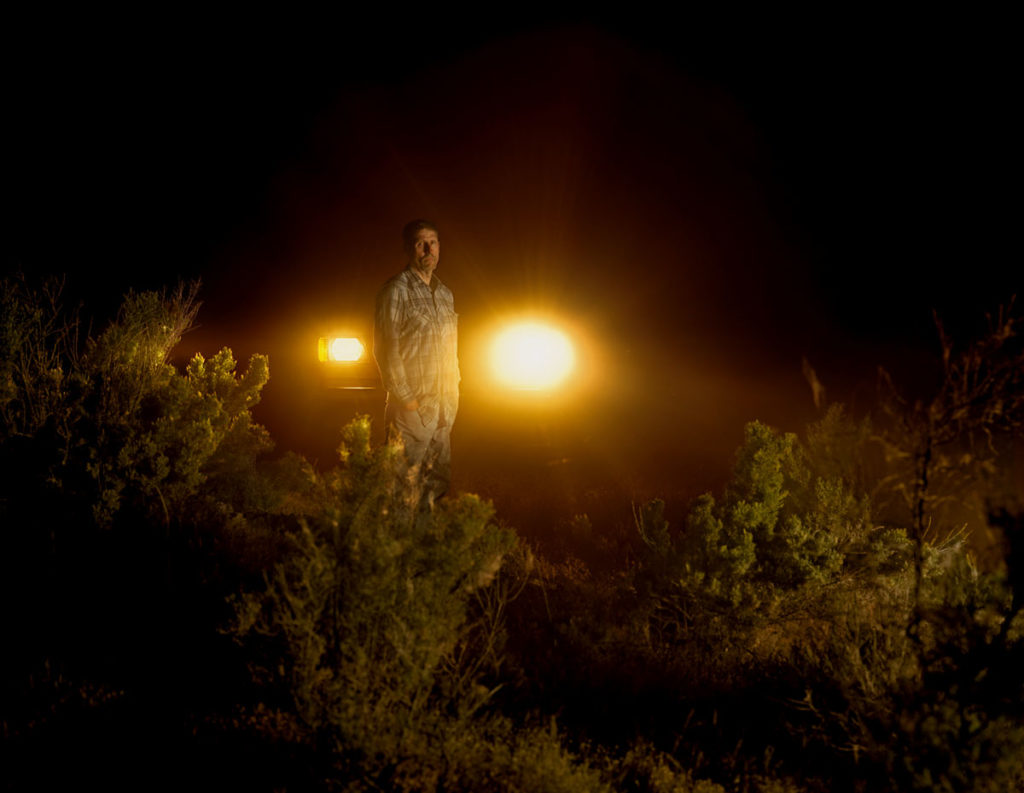 Charles Irvin Fain
Scene of the crime, the Snake River, Melba, Idaho
Served 18 years of a Death sentence for Murder, Rape and Kidnapping 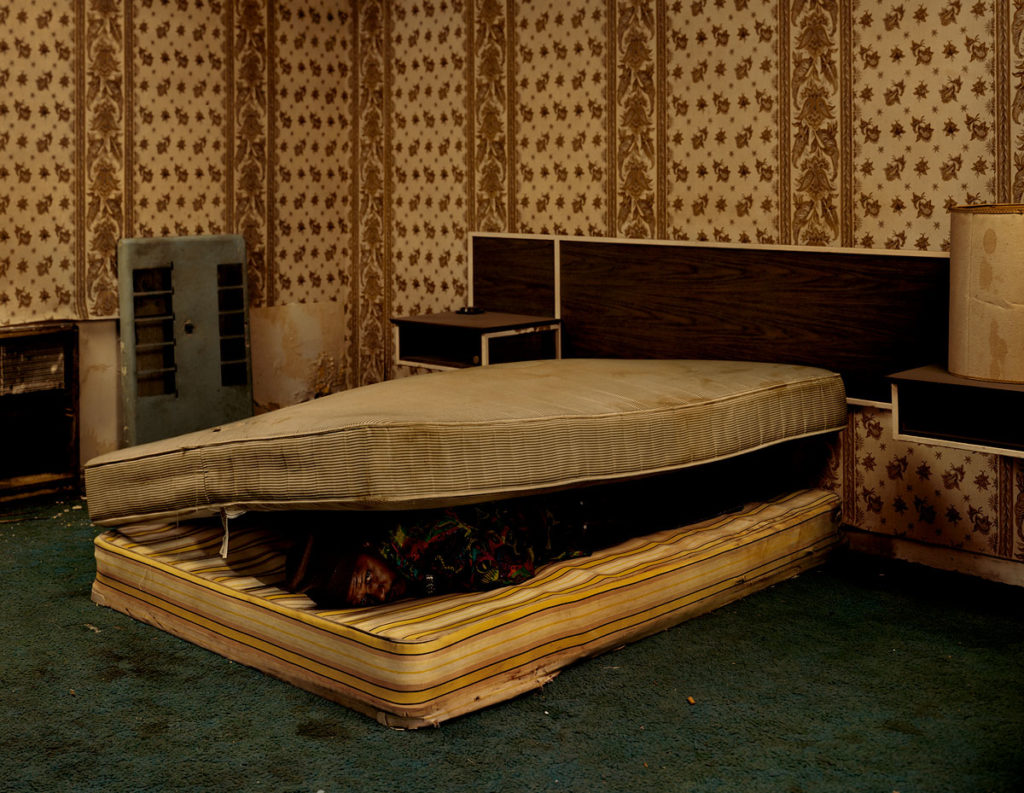 Larry Mayes
Scene of arrest, The Royal Inn, Gary, Indiana
Police found Mayes hiding beneath a mattress in this room
Served 18.5 years of an 80-year sentence for Rape, Robbery and Unlawful Deviate Conduct 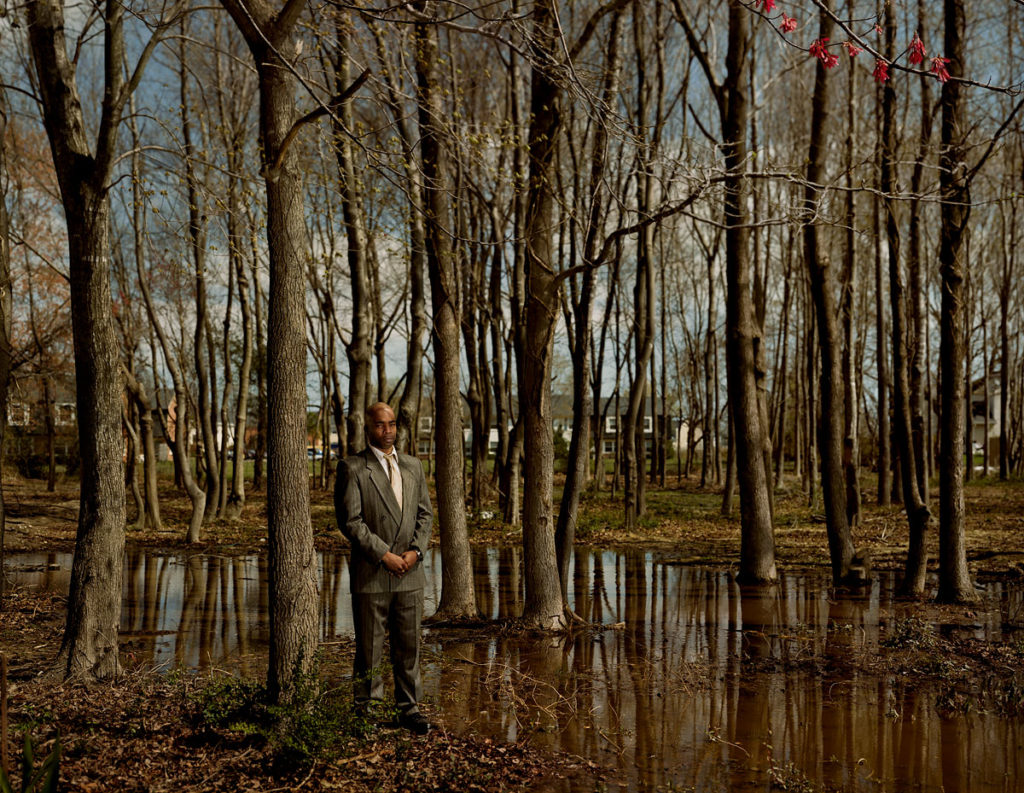 Troy Webb
Scene of the crime, The Pines, Virginia Beach, Virginia
Served 7 years of a 47-year sentence for Rape, Kidnapping and Robbery