Jim Dwyer, a celebrated writer and co-author of “Actual Innocence,” died on Thursday. 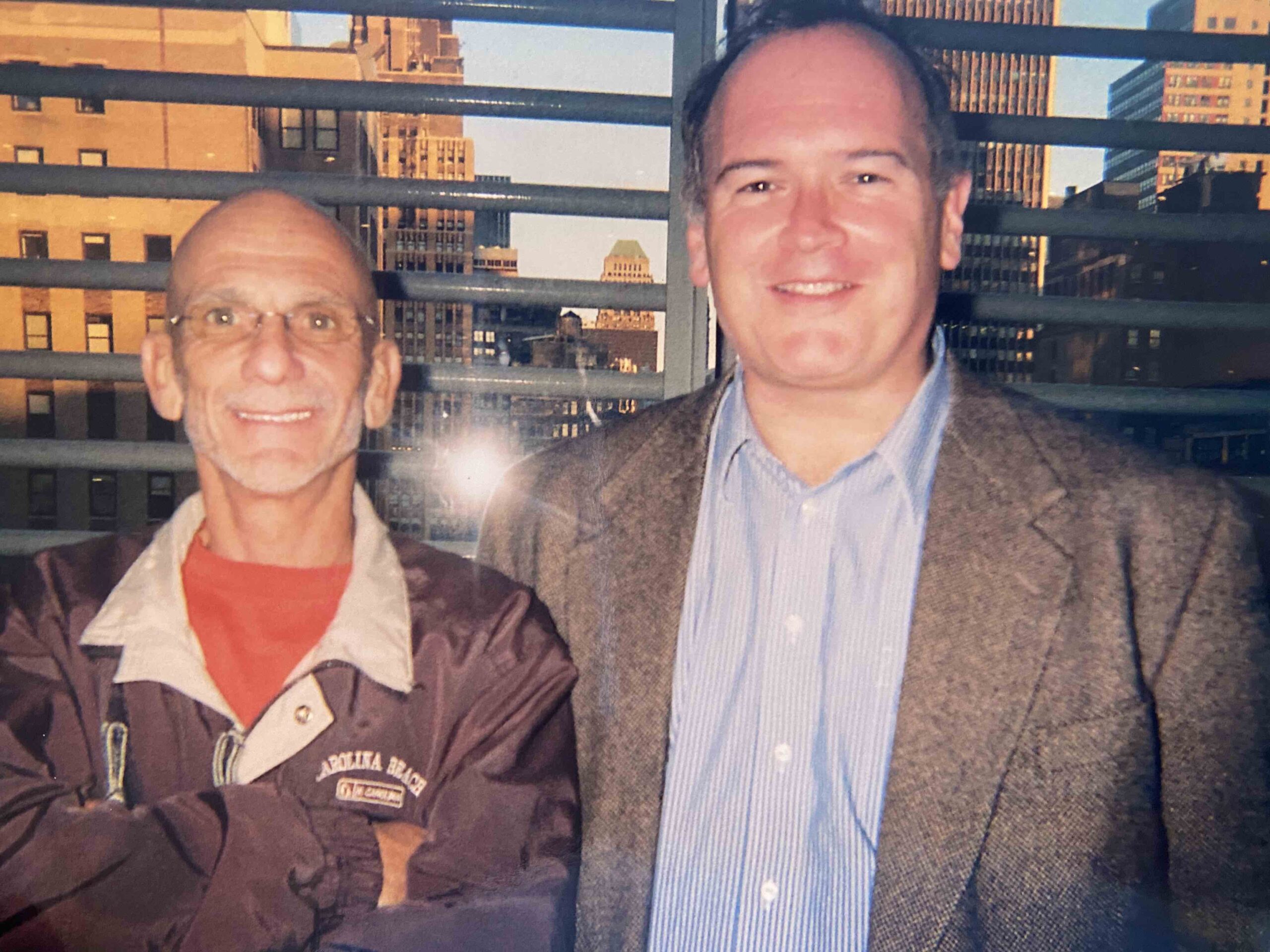 Jim Dwyer, a Pulitzer Prize-winning reporter, columnist, and author, died on Thursday from complications of lung cancer. For nearly four decades, Mr. Dwyer detailed the lives of New Yorkers, writing about their dreams and the challenges they faced, and shined a light on the injustices in New York City and beyond. It is with deep sadness that the Innocence Project remembers Mr. Dwyer and the lasting legacy of his work.

“Jim Dwyer was a great writer, an amazing friend, and someone who embodied the powerful human drive to right a wrong,” said Innocence Project Co-Founders Barry Scheck and Peter Neufeld, with whom Mr. Dwyer co-authored the book Actual Innocence: Five Days to Execution, and Other Dispatches from the Wrongly Convicted. 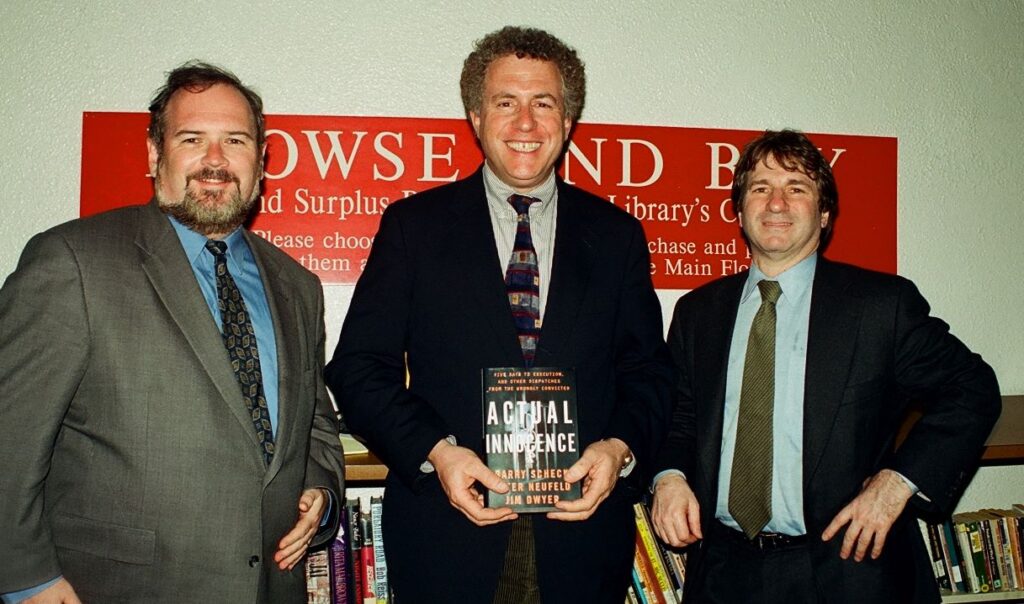 “Mr. Dwyer possessed an extraordinary ability to understand and explain the experiences of those whose lives were upended by the failures of the criminal legal system. The exonerated and those who work to free the wrongly convicted and reform the criminal justice system across the world have lost a remarkably insightful and brilliant champion,” added Christina Swarns, executive director of the Innocence Project.

Before police violence against Black Americans became a mainstay in the news, Mr. Dwyer reported on the 1997 case of Abner Louima, who was assaulted and sexually abused by police officers, and the killing of Patrick Dorismond, an unarmed Black man, by an undercover police officer in 2000. Only a few months later, Actual Innocence, in which Mr. Dwyer again used his writing to spotlight injustices against innocent people, was published.

“The innocent neither count nor are they counted … No one has the job of figuring out what went wrong, or who did wrong. No account is taken of the innocent person, wrongly convicted, ultimately exonerated. The moment has come to do so,” Mr. Dwyer wrote in Actual Innocence.

In the 20 years that followed, Mr. Dwyer remained a powerful voice calling for truth, justice, and the need for change as he dug deeper and deeper into the criminal legal system.

“As humans, we are born with error rates. It’s our nature, and it’s nothing to be ashamed of, but it’s reckless to ignore,” he told the Innocence Project in 2014. Mr. Dwyer investigated and wrote about how such errors lead to wrongful conviction in “Fugitive,” a feature story about former Innocence Project client Orlando Boquete, a wrongfully convicted Cuban immigrant, for the New York Times Magazine in 2007, and False Conviction: Innocence, Science and Guilt, an interactive book published in 2014.

In the process of writing False Conviction, Mr. Dwyer said he learned, above all, “how one mistake becomes an avalanche: a shaky eyewitness can beget a false confession which can lead to sloppy lab work. And all of it is ratified by an ineffective system of advocacy and jurisprudence disconnected from real life.”

He called this “the synergistic power of error.” To really understand how such “colossal” failings of justice could occur, Mr. Dwyer said one had to be immersed in the details of cases. And that’s exactly what he did.

“[When researching my story] Jim came and hid in the sugarcane fields with me in the Everglades of Palm Beach County outside of Glades Correctional Facility where I escaped in 1985,” Mr. Boquete told the Innocence Project in Spanish. “I laughed at him because he was bright red from the sun and bitten up by mosquitoes.” 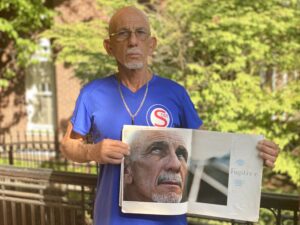 “‘How did you survive three days here?’ he asked me,” Mr. Boquete recalled. “He was a good guy. I feel sad today about him. I pray for him and his family.”

At the time Actual Innocence was published, few efforts had been made to tell the stories of the innocent in depth. Today, the book is taught at many law schools and universities.

“Now, there are innumerable books, studies, documentaries, movies, and a whole field of “innocence scholarship” devoted to understanding and preventing wrongful convictions — no writer did more to make this happen than Jim Dwyer,” said Mr. Scheck and Mr. Neufeld.

And beyond his breathtaking writing, Jim was the kindest, funniest, and most wonderful human being. From my early days at @innocence he took all my crazy pitch calls and had endless sounding-board patience. He loved great stories, and he hated injustice. He is irreplaceable.

Mr. Dwyer’s writing also inspired others to join the fight for justice. John Grisham, a best-selling author, was inspired to write his only non-fiction book, The Innocent Man, after reading Mr. Dwyer’s obituary for Ron Williamson, an innocent man who came within five days of execution and who was profiled in Actual Innocence. Mr. Grisham has since become a member of the Innocence Project’s board of directors.

Today, the Innocence Project mourns his death and celebrates his life. We extend our love and deepest condolences to his wife Cathy, his daughters Maura and Catherine, and his brothers Patrick, Phil, and John.

Read some of Mr. Dwyer’s most influential works here: