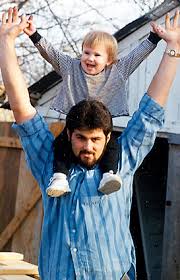 The Texas State Bar filed a formal accusation of misconduct Wednesday against the prosecutor in the case of Cameron Todd Willingham, who was executed in 2004 for the arson murder of his three young daughters.

The bar accuses the former prosecutor, John H. Jackson, of obstruction of justice, making false statements and concealing evidence favorable to Willingham’s defense, according to a disciplinary petition filed in Navarro County District Court this month.

According to the Marshall Project, Jackson is alleged to have rewarded jailhouse informant Johnny E. Webb for testifying that Willingham confessed to the crime while they both awaited trial at Navarro County jail.

Last week the Marshall Project reported that a letter from Webb to Jackson had surfaced, reminding the then-prosecutor to comply with his promise to reduce the sentence in Webb’s own criminal case in exchange for his testimony.

Webb has since recanted his testimony and, in a recent series of interviews, told the Marshall Project he faced a lengthy prison sentence for a robbery charge due to prior convictions and that Jackson promised to reduce his sentence if he testified against Willingham.