Norman 3X Butler is escorted by detectives at police headquarters at 240 Centre Street after his arrest as a suspect in the assassination of Malcolm X, in New York, Feb. 26, 1965. Butler, who now goes by Muhammad Abdul Aziz, always maintained his innocence. [Associated Press]

On February 21, 1965, hundreds of people gathered at the Audubon Ballroom in New York City to hear Malcolm X speak. But moments after he took the stage, shots rang out, and by 3:30 p.m. that day, Malcolm X was dead.

Three members of the Nation of Islam, a religious and political group, were quickly arrested: Mujahid Abdul Halim (then known as Talmadge Hayer and Thomas Hagan), Muhammad Abdul Aziz (then known as Norman 3X Butler) and Khalil Islam (then known as Thomas 15X Johnson).

All three men were convicted in 1966 and sentenced to life in prison, but two of them — Aziz and Islam — have always maintained their innocence. Islam died in 2009, but Aziz, now 81, is still fighting to clear his name.

In light of new information uncovered in the six-part documentary series, “Who Killed Malcolm X?”, the Innocence Project is working with civil rights attorney David Shanies of David B. Shanies Law Office and the Conviction Integrity Program of the New York County District Attorney’s Office to re-investigate Aziz’s conviction.

In “Who Killed Malcolm X?”, historian Abdur-Rahman Muhammad seeks answers to the many questions that surround the assassination of Malcolm X even decades after his death, including whether or not the actual perpetrators of his murder were caught. The series is available to stream on Netflix.

“We are grateful that District Attorney Vance quickly agreed to conduct a review of the conviction of Muhammad Aziz. Given the historical importance of this case and the fact that our client is 81 years old, we are especially encouraged that Mr. Vance has assigned two highly respected prosecutors, Peter Casolaro and Charles King, to work on this re-investigation,” Innocence Project and David B. Shanies Shanies Law Office said in a joint statement.

“Mr. Casolaro did extraordinary work on the case of the Exonerated Five and Mr. King is an experienced member of the Conviction Integrity Program. We look forward to working cooperatively with them to see that justice is done.”

Add your name to our petition in support of the quest for the truth about the murder of Malcolm X.

Many questions about Malcolm’s assassination remain — but here is what we know: 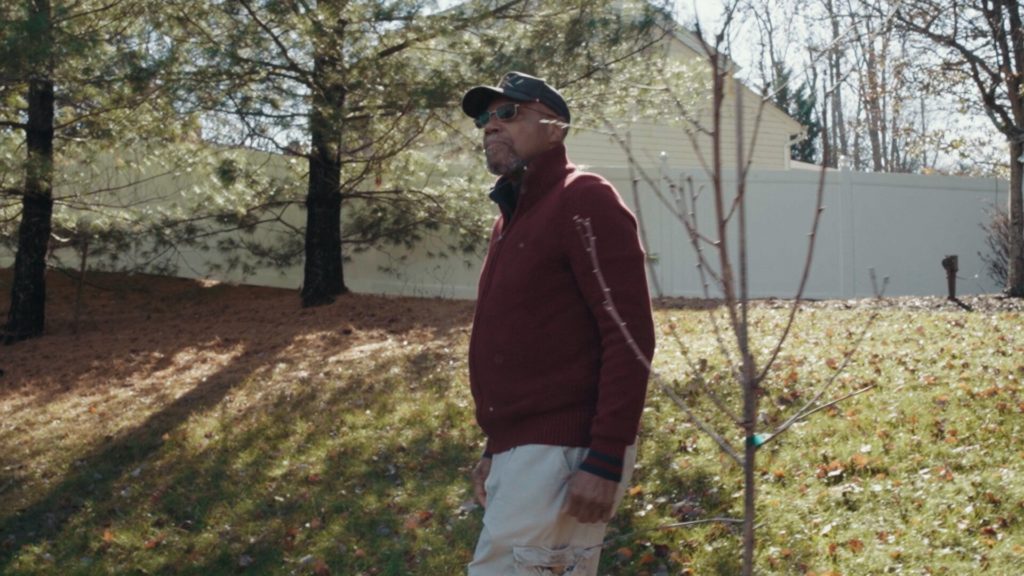 Aziz had an alibi. At the time of the assassination, Aziz was at home nursing recent leg injuries.

“The day of the murder, which was a Sunday morning, I was laying over the couch with my foot up and I heard it over the radio,” Aziz remembers in “Who Killed Malcolm X?”.

In addition to multiple alibi witnesses, a doctor who treated Aziz at Jacobi Hospital in the Bronx just hours before Malcolm’s murder took the stand in Aziz’s defense. 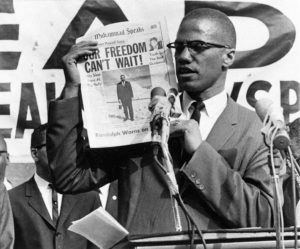 Black Muslim leader Malcolm X holds up a paper for the crowd to see during a Black Muslim rally in New York City on Aug. 6, 1963. [AP Photo]

Halim admitted to taking part in the assassination, but insisted that Aziz and Islam were innocent. Both Aziz and Islam have always maintained their innocence, and Halim has consistently confirmed that fact. At trial in 1966, Halim admitted his guilt and testified that neither Aziz nor Islam was involved.

“I just want to testify that Butler [Aziz] and Johnson [Islam] had nothing to do with it … I was there, I know what happened and I know the people who were there,” Halim said. However, he did not name those who had joined him in the attack at the time.

It wasn’t until 1978 that Halim finally identified the four other men who he said carried out the assassination with him. In an affidavit given to civil rights lawyer William Kunstler, Halim described his co-conspirators, provided their addresses and laid out a detailed timeline of the assassination plot.

Kunstler then obtained previously undisclosed FBI documents through Freedom of Information Act (FOIA) requests that supported Halim’s account. Despite this new information, Judge Harold Rothwax rejected Kunstler’s motion to vacate the convictions of Aziz and Islam in 1978. New York County prosecutors said that they were not aware of and had never seen the FBI documents at the time of the 1966 trial.

Halim reiterated that Aziz and Islam were innocent and advocated for their exoneration through ‘70s and ‘80s, as seen in taped interviews featured in “Who Killed Malcolm X?”.

Journalists and scholars today widely believe that Aziz and Islam were innocent,  including Manning Marable, author of the Pulitzer Prize-winning biography “Malcolm X: A Life of Reinvention.” Investigation into the life and death of Malcolm X over the years has uncovered new materials, including declassified FBI documents, indicating that Aziz and Islam did not commit the crime. Yet the case has not been reopened or re-litigated in decades.

Aziz was released on parole in 1985, but has continued to carry the burden of this wrongful conviction for decades. He still hopes to prove his innocence.

Learn more about the assassination of Malcolm X and the investigation into the crime: