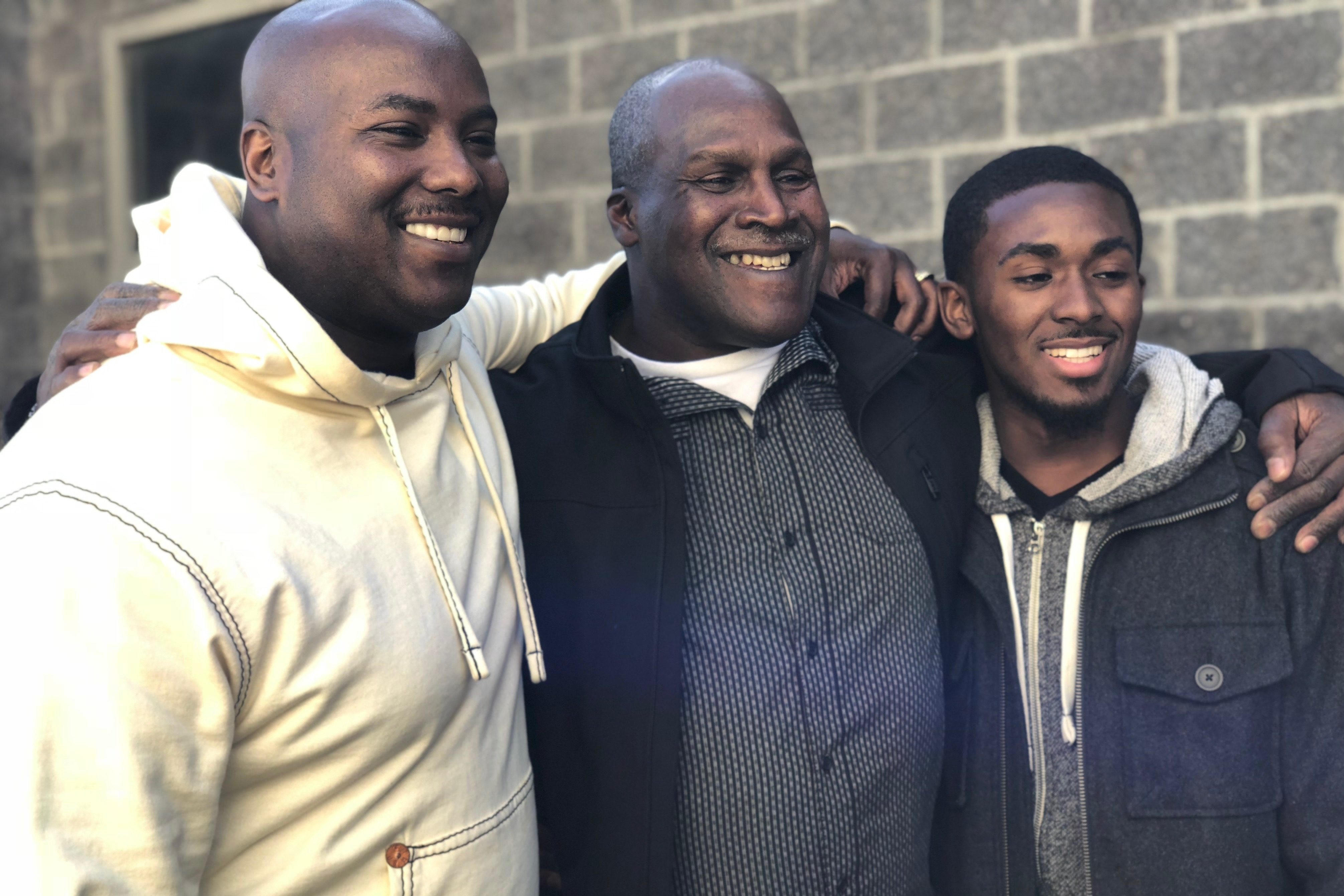 Malcolm Alexander, center, with his son and grandson--also named Malcolm--on the day he was exonerated. January 30, 2018. Photo: Innocence Project.

After a reinvestigation by the Jefferson Parish District Attorney’s Office, today a district court judge dismissed the indictment and ordered the release of Malcolm Alexander who wrongly served nearly 38 years for a rape that DNA evidence proves he didn’t commit. He was arrested for the 1979 crime based on a deeply flawed, unreliable identification procedure. His paid lawyer – who was subsequently disbarred after complaints of neglect and abandonment were filed against him in connection with dozens of other cases —  failed in his most basic duties to present a defense. Alexander was released from the Jefferson Parish jail today.

“The stakes in this case couldn’t have been higher for Mr. Alexander who faced a mandatory sentence of life without parole, yet the attorney that he entrusted with his life did next to nothing to defend him,” said Vanessa Potkin, post-conviction litigation director at the Innocence Project, which is affiliated with Cardozo School of Law. “It is simply unconscionable.  Mr. Alexander was just 21 years old when he was convicted after a trial that began and ended all in the same day. We know there are many more innocent people in prison today because their lawyers did not provide effective representation, or did not have the resources to put on an adequate defense.  Without effective defense counsel, our system is nothing more than a conviction mill.”

Malcolm’s 9-month-old puppy, short for Innocent, was also released from Angola just a day after he was.

Alexander has always maintained his innocence of the November 8, 1979, rape of the owner of a new antique store on Whitney Avenue in Gretna, Louisiana.  The victim, who was white, was grabbed from behind in the empty store by a black man and taken to a small, dark, private bathroom in the back of the store where she was raped from behind with a gun to her head. 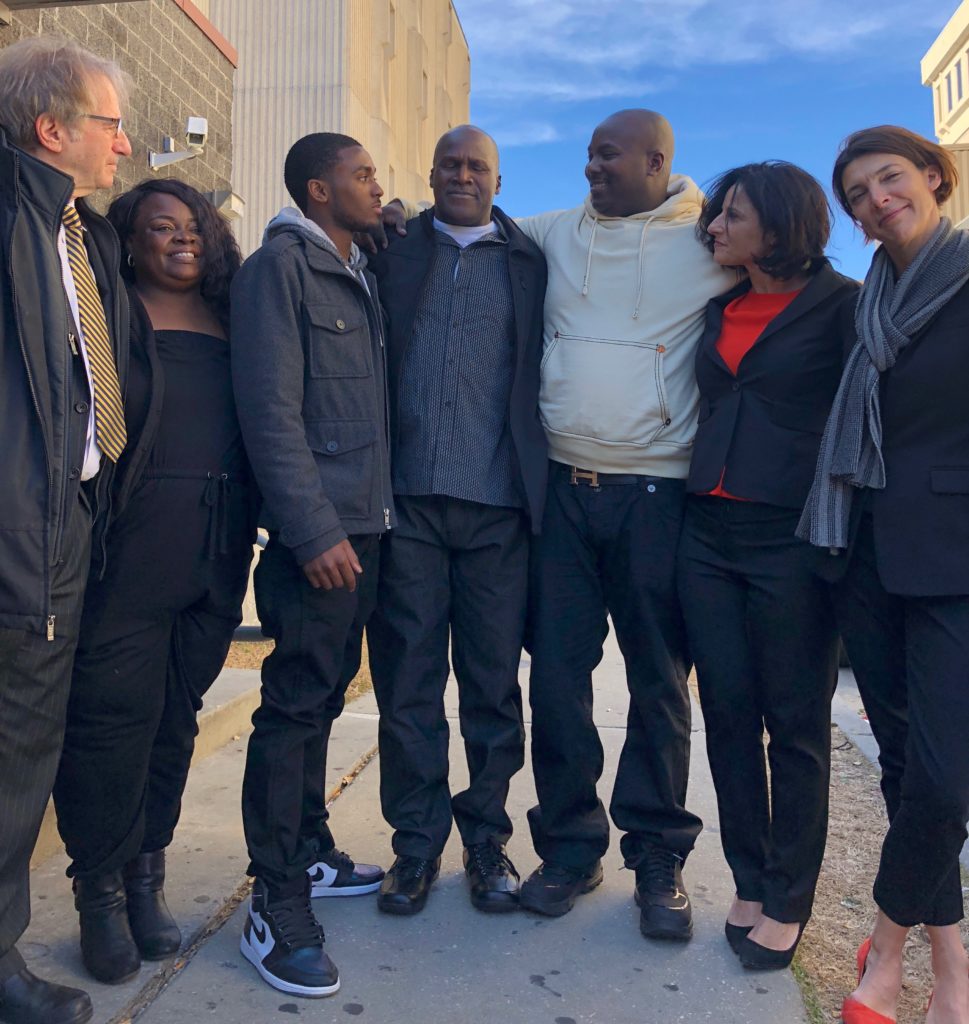 In February 1980, Alexander, who is black, had a consensual encounter with a white woman who asked him for money and then later accused him of sexual assault. This encounter, which was uncorroborated and later dropped by the police, prompted police to place Alexander’s photo in a photo array that was shown to the victim over four months after she was attacked at gunpoint by a complete stranger.  The assailant was behind the victim for the entirety of the crime, and her opportunity to view him was extremely limited.  According to police reports, the victim “tentatively” selected Alexander’s photo. Research has shown that multiple identification procedures can contaminate a witness’s memory, causing a witness to become confused about whether he or she recognizes the person from the event or the earlier procedure while also making the witness more confident in his or her identification. Yet, police conducted a physical line-up three days later that included Alexander. Alexander was the only person from the photo array who was shown again to the victim in the physical line-up. The lead detective on the case was not available to conduct the line-up, so another detective conducted the procedure.  According to the report of the lineup, the victim made a “possible” identification and the word “tentative” was written next to Alexander’s line-up number.  However, when the original detective returned later that day and took a statement from the victim, the victim’s confidence was recorded as 98 percent sure that Alexander was the assailant, and by the time she got to trial she testified that she had no doubt that he was the assailant. Blood type testing of the rape kit was available at the time that could have either supported the victim’s identification or proven that Alexander wasn’t the perpetrator but was never sought.

“The stakes in this case couldn’t have been higher for Mr. Alexander who faced a mandatory sentence of life without parole, yet the attorney that he entrusted with his life did next to nothing to defend him.” Vanessa Potkin

A review of the trial record reveals that Alexander’s attorney failed to make court appearances and to file important pleadings, including a motion challenging the identification. A review of the one-day trial transcript reveals that the attorney, who was subsequently disbarred, failed to make an opening statement, did not call any witnesses for the defense, failed to adequately cross-examine the state’s witnesses about the identification and presented a closing argument that was a mere four pages of the 87-page transcript.  Alexander received a life sentence for the guilty verdict.  Although the attorney promised to file an appeal of the verdict, he never filed it.

The Innocence Project first took up Alexander’s case in 1996 but quickly learned that the rape kit and a semen-stained towel had been destroyed only four years after his conviction.  Alexander never gave up and continued the fight to prove his innocence. In 2013, hair evidence recovered from the location where the rape took place was found at the Jefferson Parish Sheriff’s Office Crime Lab.  The Innocence Project brought on Innocence Project New Orleans as local counsel, and the organizations sought DNA testing of the hair evidence. Three crime scene hairs had the same DNA profile that did not match to Alexander or the victim.

“I want to eat something home-cooked [a slice of beignet-type fried bread + coffee that his mom used to make] … You cannot be angry. There’s not enough time to be angry.”​ #MalcolmAlexander told @theadvocateno (Photo: @InnocenceProjNO) https://t.co/LVGyQSg1gs pic.twitter.com/8Wtw63ZKRv

Based on this information and subsequent conversations with the victim, the Jefferson Parish District Attorney’s office moved with the Innocence Project to vacate Alexander’s conviction and dismiss the indictment in court today.

Emily Maw, director of Innocence Project New Orleans, added, “In the nearly four decades since Mr. Alexander was wrongly convicted, we have learned how to greatly reduce the possibility of misidentification through improved eyewitness identification procedures, but Louisiana has yet to adopt these best practices. We hope Mr. Alexander’s case will inspire lawmakers to take up this issue as soon as it goes back in session in March.”

Alexander was awaited by his son and grandson (both named Malcolm) as well as his mother and sister.