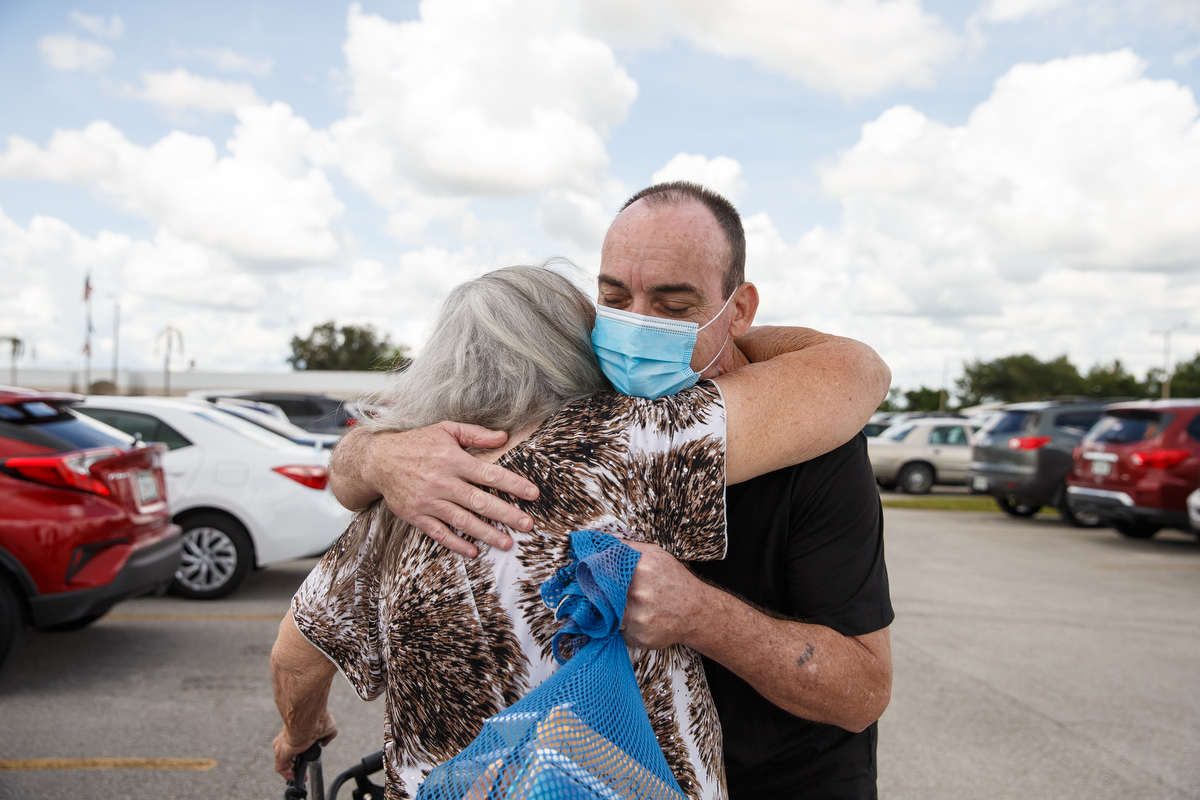 (August 27, 2020 — Tampa, Florida) Today, Robert DuBoise walked free after spending almost 37 years in prison for a 1983 rape and murder in Tampa, Florida, he did not commit. DuBoise was released after new DNA testing of the crime scene evidence that was thought to have been destroyed excluded him as the assailant.

In October 1983, DuBoise was arrested for the rape and murder of a 19-year-old woman based solely on unreliable bite mark evidence. No other physical evidence linked DuBoise to the crime. The state’s theory at trial was that DuBoise, his brother Victor DuBoise and friend Raymond Garcia sexually assaulted and killed the victim, though only DuBoise was arrested and prosecuted for these crimes. The only additional evidence introduced at trial that supported this theory came from a jailhouse informant. In March 1985, a jury convicted DuBoise of capital murder and attempted sexual battery and recommended a life sentence, but the judge overrode the recommendation and sentenced DuBoise to death. He served three years on death row before the Florida Supreme Court vacated his death sentence. DuBoise was resentenced to life for the murder and 15 years for the attempted sexual battery to run consecutively.

Support Robert with a gift to his personal fundraiser

“Robert has spent over 36 years in prison because of discredited bite mark evidence and the testimony of an unreliable jailhouse informant who we now know received benefits in exchange for that testimony. The presence of DNA from two other people is indisputable scientific proof that he is innocent. Robert has spent decades determined to show that he was wrongfully convicted, and we are eager to see him fully exonerated,” said Susan Friedman, DuBoise’s Innocence Project attorney.

“I never lost faith that today would come. Now the world knows DNA proves I did not commit this crime. To walk out of this nightmare and hug my mother and sister after almost four decades, knowing I was innocent is bittersweet. I can never regain the birthdays, holidays and precious time I lost with them, nevermind the life I could have made for myself. I am grateful to be here, now with a chance to move forward, but I know there are more innocent people like me still behind bars,” said DuBoise.

“Wrongful convictions erode the foundation of our justice system. For 37 years, we’ve had an innocent man locked up in prison—while the real perpetrator was never held accountable for this heinous crime. The family of the victim deserves to have the truth, as painful as it may be. And when you tell the truth, justice is done,” said Hillsborough State Attorney Andrew Warren.

Why Bite Mark Evidence Should Never Be Used in Criminal Trials

Why Bite Mark Evidence Should Never Be Used in Criminal Trials

In the early morning of August 19, 1983, a young woman’s body was found behind a dental office in Tampa, Florida. The woman had been beaten and sexually assaulted. During the medical examiner’s autopsy, he found a pattern injury on the victim’s face that was determined to be a human bite mark inflicted around the time of her death.

During the detectives’ canvas, DuBoise was identified as a person of interest after a local resident told police that he “caused problems” at their regular hangout. DuBoise, who had never been convicted of a violent crime, fully cooperated with police and allowed them to take a mold of his teeth. Dr. Souviron concluded that it was a match and detectives immediately arrested DuBoise who, at the time, was only 18 years old. 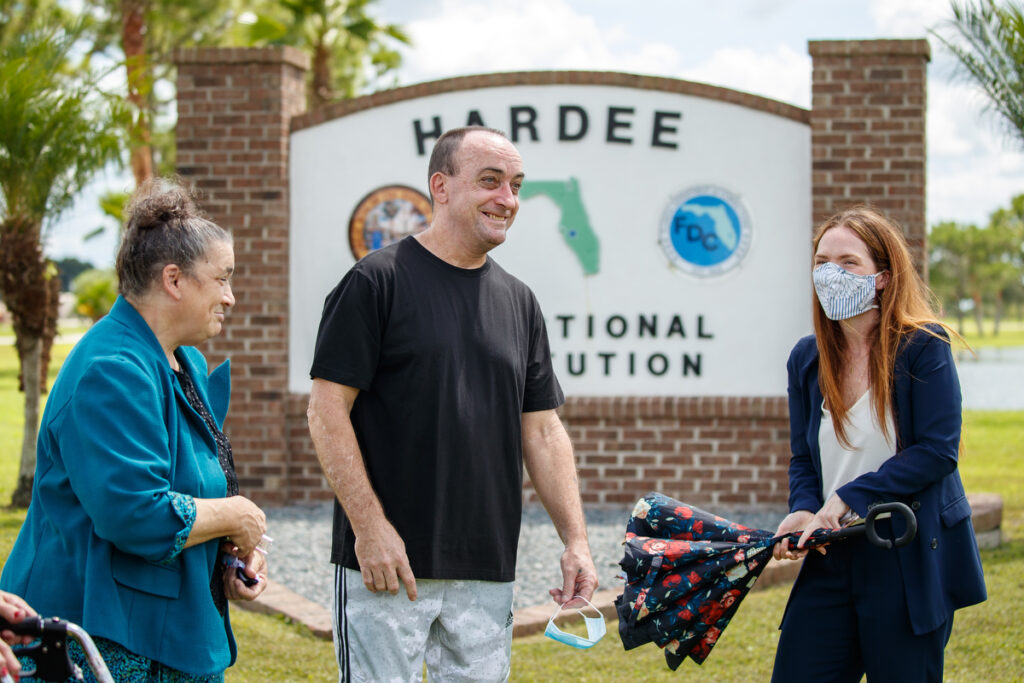 There was no other evidence connecting DuBoise to the crime until he was transported to Hillsborough County Jail where a jailhouse informant falsely alleged that DuBoise made statements implicating himself in the crime. The informant had several criminal charges pending, including kidnapping, armed robbery and battery on a law enforcement officer. The informant denied obtaining any benefit in exchange for his testimony against DuBoise, but did admit that he considered one of the detectives to be a “real good friend.” Although the informant was potentially facing a life sentence for his other charges, he was given a plea deal with a sentence of five years.

In August 2006, DuBoise filed a motion for post-conviction DNA testing. In 2007, pursuant to a court order the state responded that in 1990 the Hillsborough County Clerk’s Office disposed of the evidence “in the regular course of business.” Defense counsel met with a Tampa Police Department detective to determine whether any items not admitted at trial were in the police department’s custody, at which time approximately ten boxes of evidence were found–mostly trace evidence. After a 2008 hearing, a judge concluded that even if the evidence was suitable for testing, it would not exonerate DuBoise because the state’s theory was that two other individuals participated in the crime.

The Innocence Project began investigating DuBoise’s case in 2018 due to both the unreliable informant testimony and flawed bite mark analysis on which the case rested. During the investigation it was discovered that after a death sentence was secured, DuBoise’s trial prosecutor filed a motion to mitigate the jailhouse informant’s sentence and the court granted the order finding that the jailhouse informant had “totally cooperated with the State of Florida in the Capital Murder trial of Robert E. DuBoise.” The informant was immediately released despite an earlier determination by the Florida Parole and Probation Commission that he should not be granted an earlier presumptive parole date.

In 2019, the Innocence Project reached out to the Conviction Review Unit (CRU) at the Office of the State Attorney for the 13th Judicial Circuit in Tampa to begin a joint re-investigation based on new evidence on the jailhouse informant and concerns about the discredited bite mark evidence. As part of this effort, both parties worked collaboratively to re-investigate this crime. By 2018, it was well known that bite mark evidence had led to wrongful convictions. During the re-investigation, Dr. Adam Freeman, a forensic odontologist, reviewed the bite mark evidence and testimony in this case. He concluded that the original bite mark conclusions are unsupported by science and, most critically, found that although two experts at trial concluded that the pattern injury was a bite mark, the injury in this case was in fact not a bite mark.

In 2006, DuBoise sought post-conviction DNA testing, but an evidence search at the time revealed that all evidence admitted at trial, which included evidence collected as part of the rape kit, was destroyed in 1990. In 2020, despite previous assurances that all the biological evidence from the rape kit was destroyed, slides from the victim’s autopsy were also found at the Medical Examiner for Hillsborough County. DNA testing showed that DNA from two males was present and excluded DuBoise, Victor DuBoise and Raymond Garcia. The DNA profile was entered into CODIS and matched to an individual who had no connection to DuBoise. 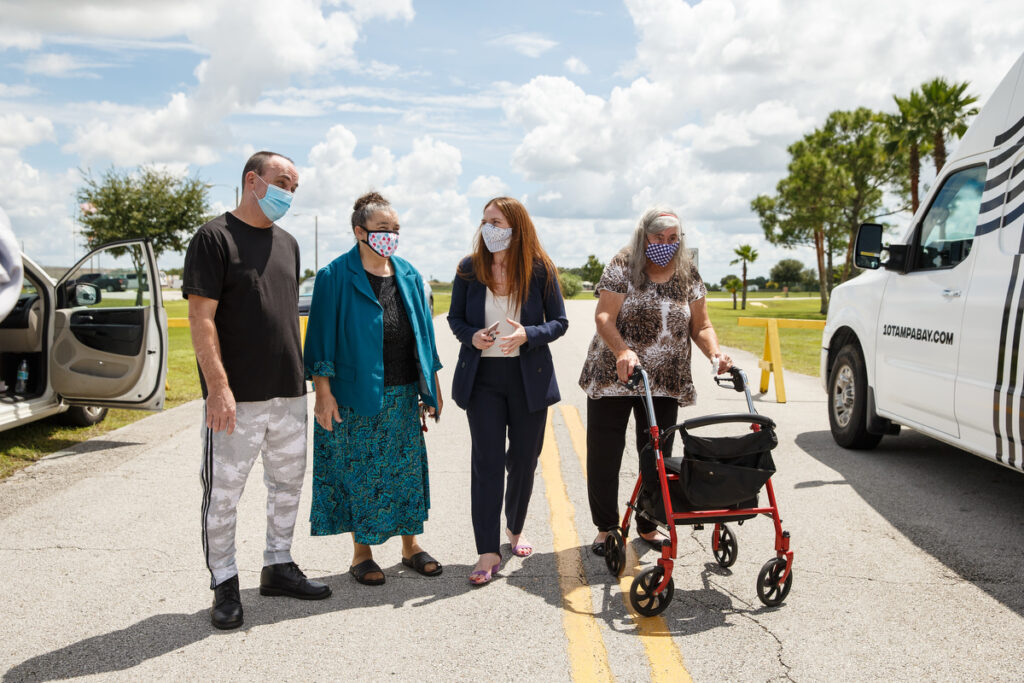 To date, at least 33 known wrongful convictions and indictments stem from bite mark evidence, and the misapplication of forensic science was involved in 45 percent of DNA exoneration cases. Unlike other areas of forensic analysis, bite mark analysis lacks validated rules, regulations or processes for accreditation that would establish standards for the expert testimony. The American Board of Forensic Odontology (ABFO) has revised its standards and guidelines, and now explicitly states that “an ABFO Diplomate shall not express conclusions unconditionally linking a bite mark to a dentition.”

Another leading factor in wrongful convictions nationally is jailhouse informant testimony, playing a role in 17 percent of the 375 DNA-based exoneration cases. The promise or expectation of receiving leniency or other benefits for their testimony creates a strong incentive for these witnesses to lie. While the state is constitutionally obligated to provide the defense with key information related to the credibility of jailhouse informants, such as the benefits provided for their testimony, in many wrongful convictions this evidence is never disclosed. As a result, the defense cannot raise concerns about the jailhouse informant’s motivations and reliability to the judge and jury.

In 2014, the Florida Supreme Court adopted a rule of criminal procedure requiring the prosecution to disclose impeachment evidence on jailhouse informants within 15 days of the defense requesting discovery materials. The state must provide any benefits promised for testimony, the substance and circumstances of the statements the informant will testify about, the informant’s complete criminal history and other cases in which they cooperated with law enforcement in exchange for benefits.

DuBoise is represented by the Innocence Project, who worked collaboratively with the Conviction Review Unit at the Office of the State Attorney for the 13th Judicial Circuit in Tampa. The Innocence Project of Florida served as local counsel on the case.