How Eyewitness Misidentification Can Send Innocent People to Prison

Innocence Project staff attorney Alexis Agathocleous breaks down why eyewitness identification endangers innocent people and is the leading cause of wrongful convictions. 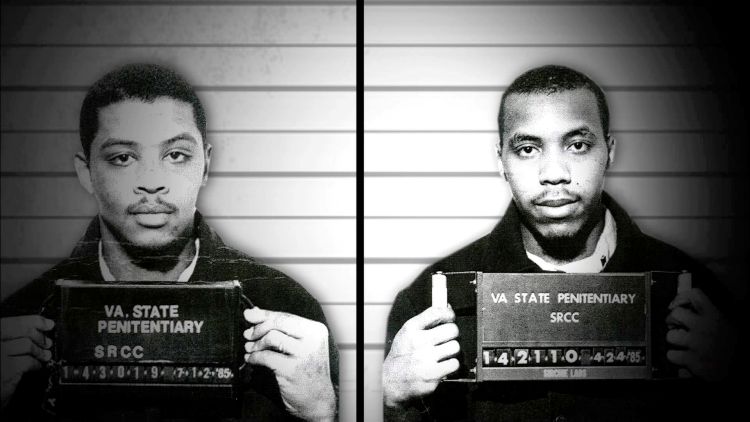 Leon Davis (left), the actual perpetrator of the crime for which Thomas Haynesworth (right) was sent to prison. (Virginia State Penitentiary)

“The Innocence Files” – the Innocence Project-inspired docu-series on Netflix – exposes how inaccurate eyewitness identifications and improperly conducted police lineups led to the wrongful convictions of Franky Carrillo in California and Thomas Haynesworth in Virginia. Their cases are featured in part two of the series, The Witness (episodes 4-6).

In this special feature, we ask Alexis Agathocleous, Innocence Project staff attorney and expert in eyewitness misidentification reform, to define eyewitness identification, describe how it can lead to wrongful convictions and discuss the policies and practices being implemented in courthouses and police departments across the country to protect against it.

Dr. Jennifer Dysart, featured in "The Innocence Files", explains how memory affects identification and how to prevent eyewitness misidentifications.

What are the most unreliable practices when it comes to eyewitness identification?

Our cases, coupled with decades of research into eyewitness memory, have taught us that human memory is fragile. It can be incomplete and faulty as we perceive an event; it deteriorates and can be contaminated while we store it; and each attempt at recall can lead to further alteration.

We simply don’t reliably encode everything we see. To illustrate this point, you may remember the fierce debate about “the dress” from several years ago. Take a look at this image: 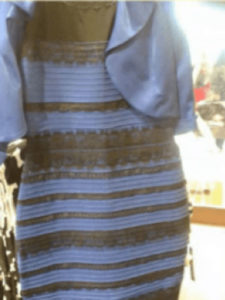 What colors do you see?

Some people see this dress as blue and black; others see it as gold and white. That is because our brains are processing the image differently based on the background illumination and subconsciously making a “decision” about what it’s seeing — which, simply put, can sometimes be wrong. (The dress, in reality, was black and blue.)

Memory also deteriorates while we store it. Research dating back to the 19th century shows that we rapidly forget what we have seen and heard, and that memory doesn’t improve over time, as this “forgetting curve” illustrates: 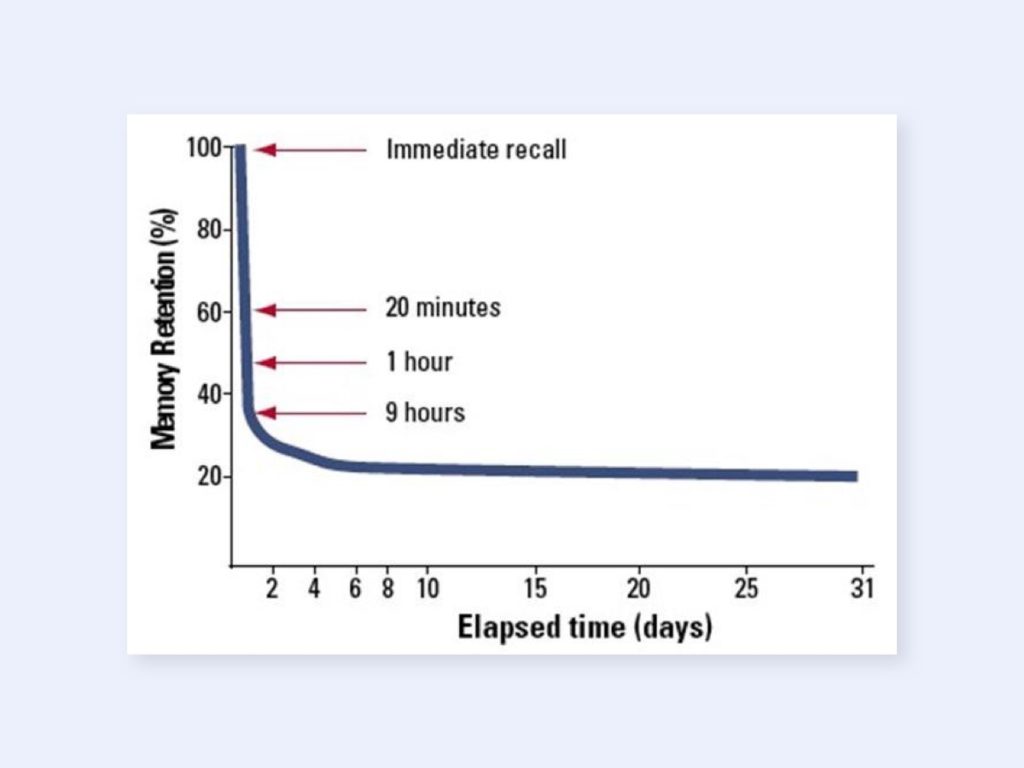 Memory is extremely malleable as we store and recall it. Information we learn after witnessing an event — from other witnesses, police investigators and the media — as well as the ways in which we are asked questions about what we saw can profoundly alter our memories.

Here’s an exercise to illustrate this point. Pick out the penny from the below line-up: 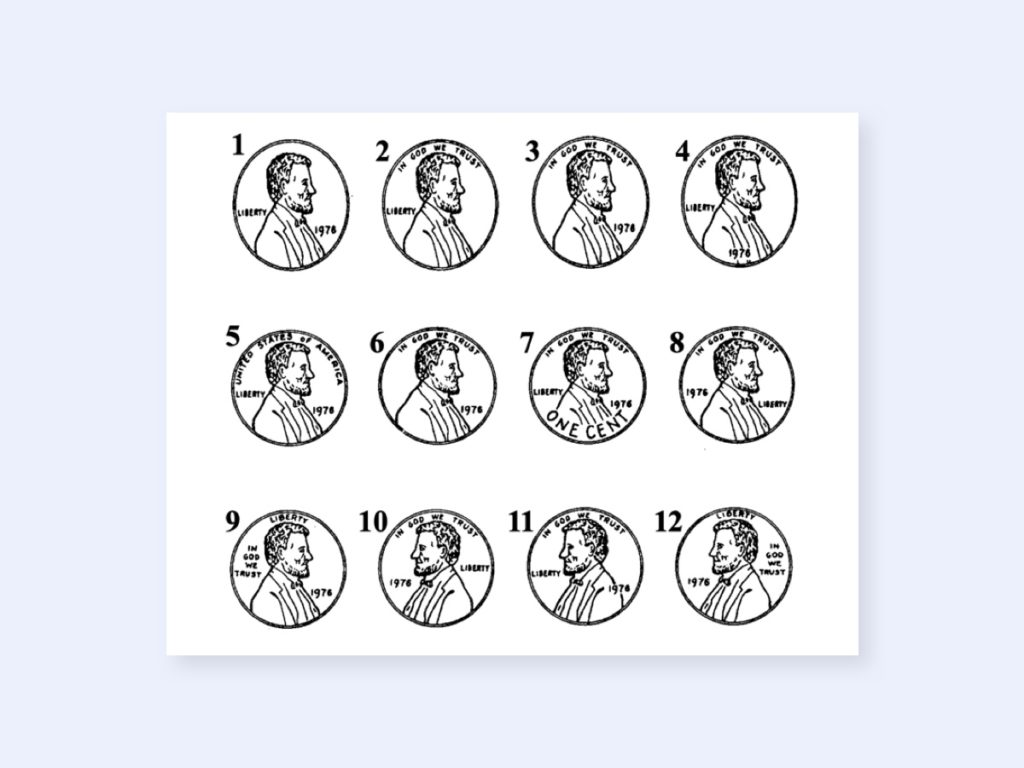 Which penny did you choose and why?

In fact, none of these is a penny; however, you were likely to select one of these options because you read the words, “Pick out the penny.” This directive led you to assume that the penny was there and you simply had to reason your way to the “right choice” based on your memory of what a penny looks like — which turns out to be quite unreliable, even though you’ve seen a penny hundreds of times.

If I had told you that this “line-up” may or may not include a penny, you likely would have approached the task differently and not assumed the penny was necessarily there. In other words, you would have been less likely to misidentify the penny. This exercise illustrates how the way we ask questions can profoundly influence the answer.

The same is true of an actual line-up. Police officers must instruct witnesses that the perpetrator may or may not be present in a line-up in order to help ensure that these witnesses don’t assume that the perpetrator is there, feel pressured to make a choice and pick someone out who most resembles their memory of the perpetrator. Otherwise put, it’s important that law enforcement treat eyewitness identification evidence with the same care that physical evidence requires: it must be both carefully gathered and preserved. 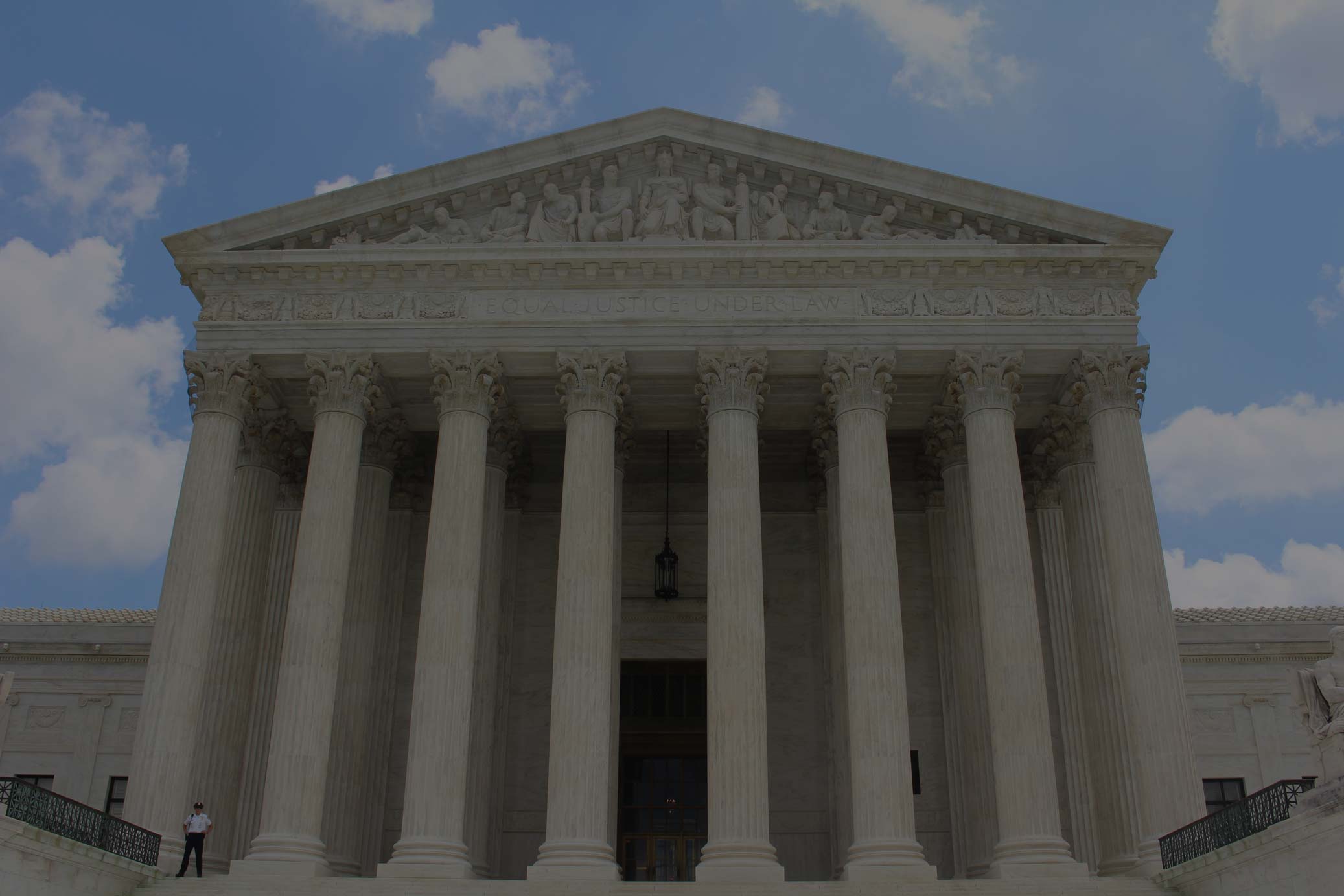 “There is almost nothing more convincing than a live human being who takes the stand, points a finger at the defendant, and says 'That's the one!'”

How is eyewitness misidentification a systemic issue?

Duke University School of Law Professor Brandon Garrett, who has closely studied our cases, identified evidence of suggestive police practices in almost 80% of our misidentification cases. It is critical that we all understand that it is only in a rare case that an eyewitness intentionally provides a misidentification. When eyewitnesses are mistaken, they are not lying – they sincerely believe that they have identified the right person and have often been led to that belief by poor or biased investigations. Therefore, it is incumbent on the criminal justice system itself to embrace reforms that help to avoid these tragedies. 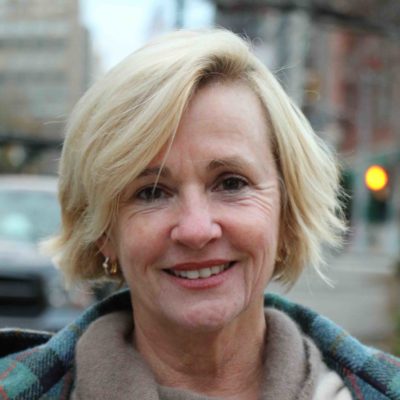 Healing as a crime survivor of a wrongful conviction

How does race contribute to misidentifications?

In studying this issue, we have learned that people tend to be less accurate when making cross-race identifications. Of course, this is not always the case, and there are complex explanations for this phenomenon that stem from profound and persistent racial segregation in our society. But, cases involving cross-racial identifications must be treated with particular care and police must be especially vigilant about using proper identification procedures.

In this decision, the court recognized that once the state has decided to put someone on trial, there is an enormous pressure for the witness to identify that person, and eyewitness memory should instead be properly tested long before trial.

Despite being inherently unreliable, an in-court identification is very persuasive to a jury. As the late U.S. Supreme Court Justice William J. Brennan put it, “All the evidence points rather strikingly to the conclusion that there is almost nothing more convincing than a live human being who takes the stand, points a finger at the defendant, and says ‘That’s the one!’”

But, in fact, incorrect in-court identifications appear in at least one-third of DNA exonerations. Both Connecticut and Massachusetts have taken the lead on this issue and ruled that these in-court procedures can only be used under very specific circumstances and we are working to persuade other states to follow their lead.

What are courts doing to combat eyewitness misidentification?

Courts, of course, play a critical role in guarding against wrongful conviction and protecting against misidentification, and many court systems around the country have learned the lessons that wrongful conviction cases and scientific research into eyewitness memory have taught us. States like New Jersey, Oregon, Alaska, Hawaii, Connecticut and Utah have changed their approach to assessing the reliability of eyewitness evidence to bring it in-line with modern science and help ensure that unreliable and contaminated identification evidence is excluded from criminal cases.

Courts in other states have recognized that many factors compromising the reliability of eyewitness evidence are counterintuitive and not widely known. For example, most people believe that highly stressful events are particularly memorable – we assume a person would never forget the face of someone who robbed them at gunpoint. However, the high levels of stress that most of us would naturally experience during a crime actually impede reliable memory formation. Research has also taught us that people tend to focus their attention on a weapon rather than on the face of the person wielding that weapon. So, these courts have embraced approaches like giving special instructions in eyewitness cases, or allowing expert testimony to provide jurors with the information they need to reach fair and accurate verdicts. 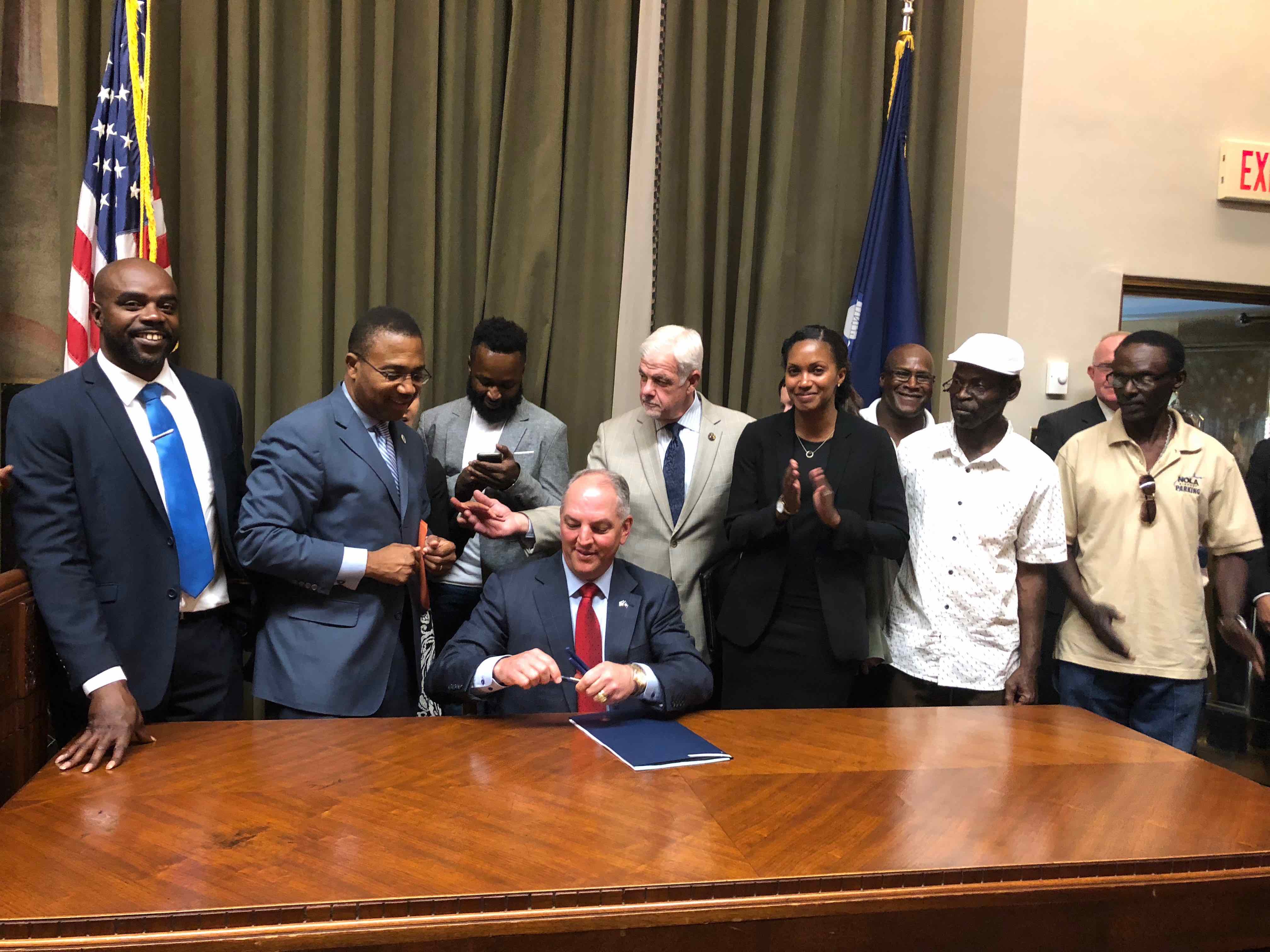 Can you give an example of a case where the verdict was determined by a victim identifying one of our clients in court? 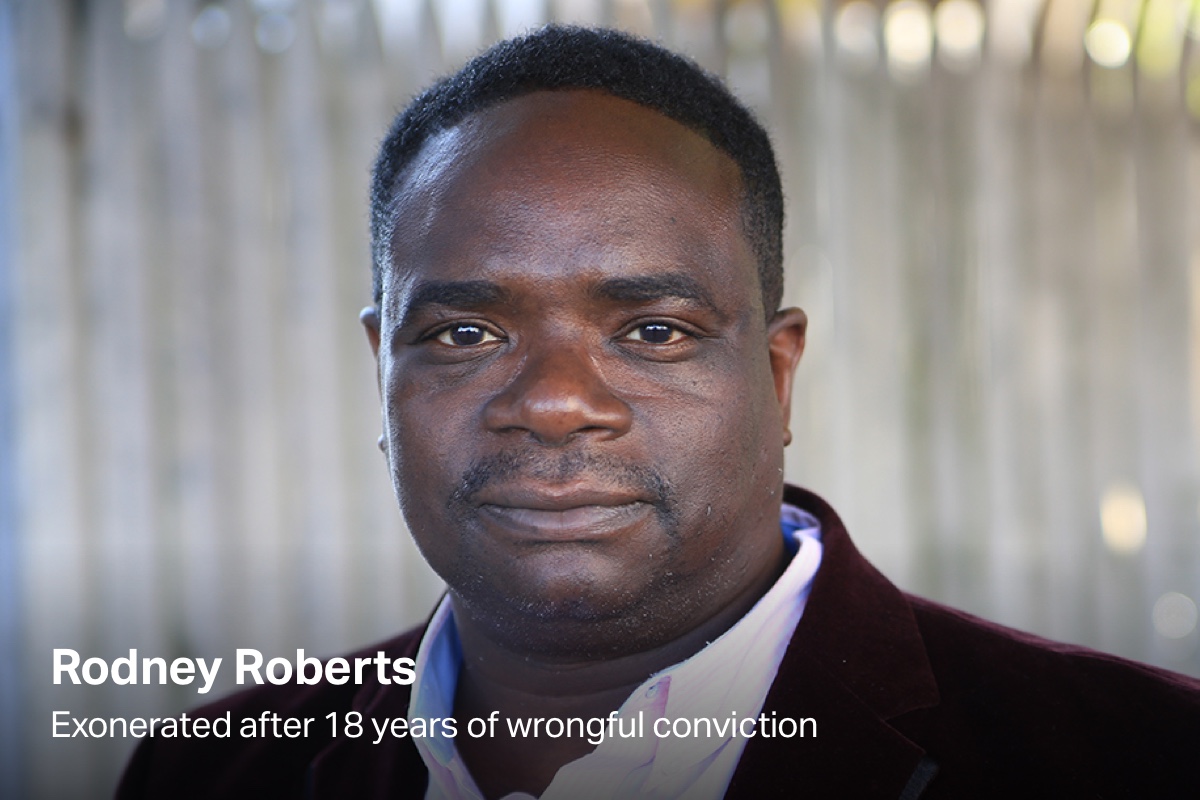 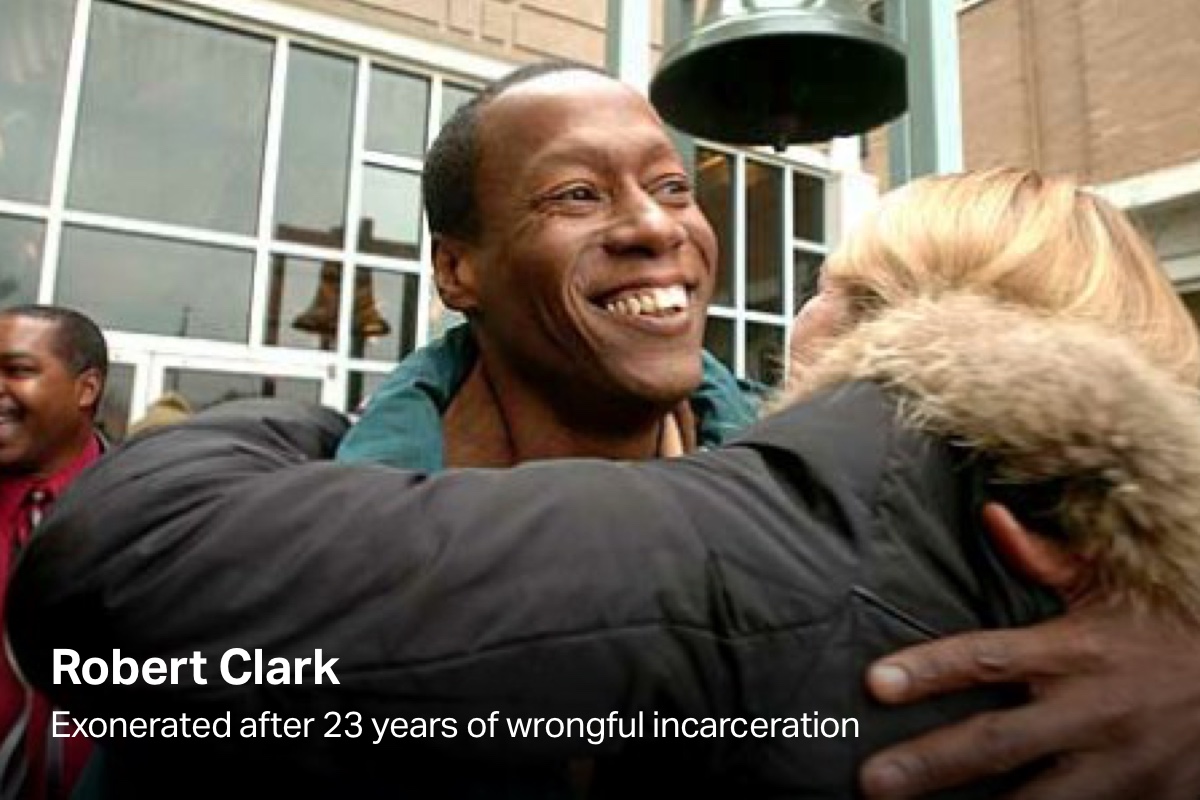 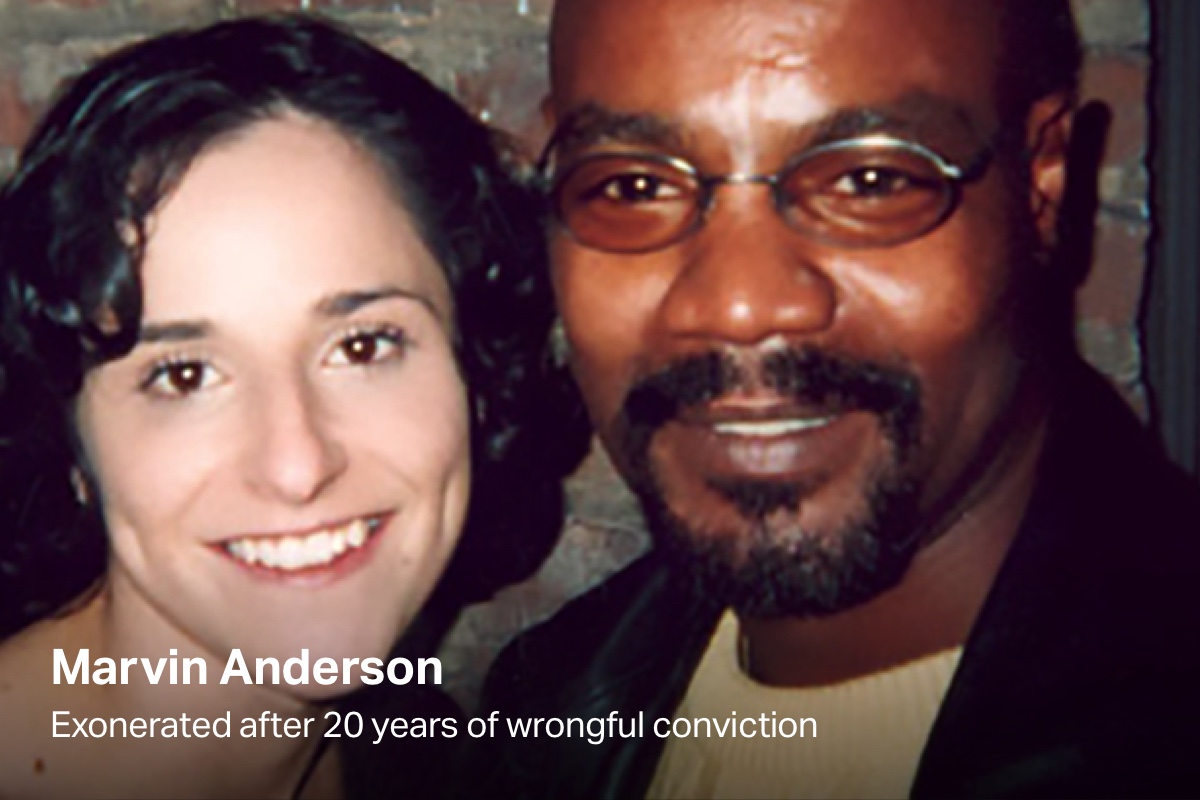 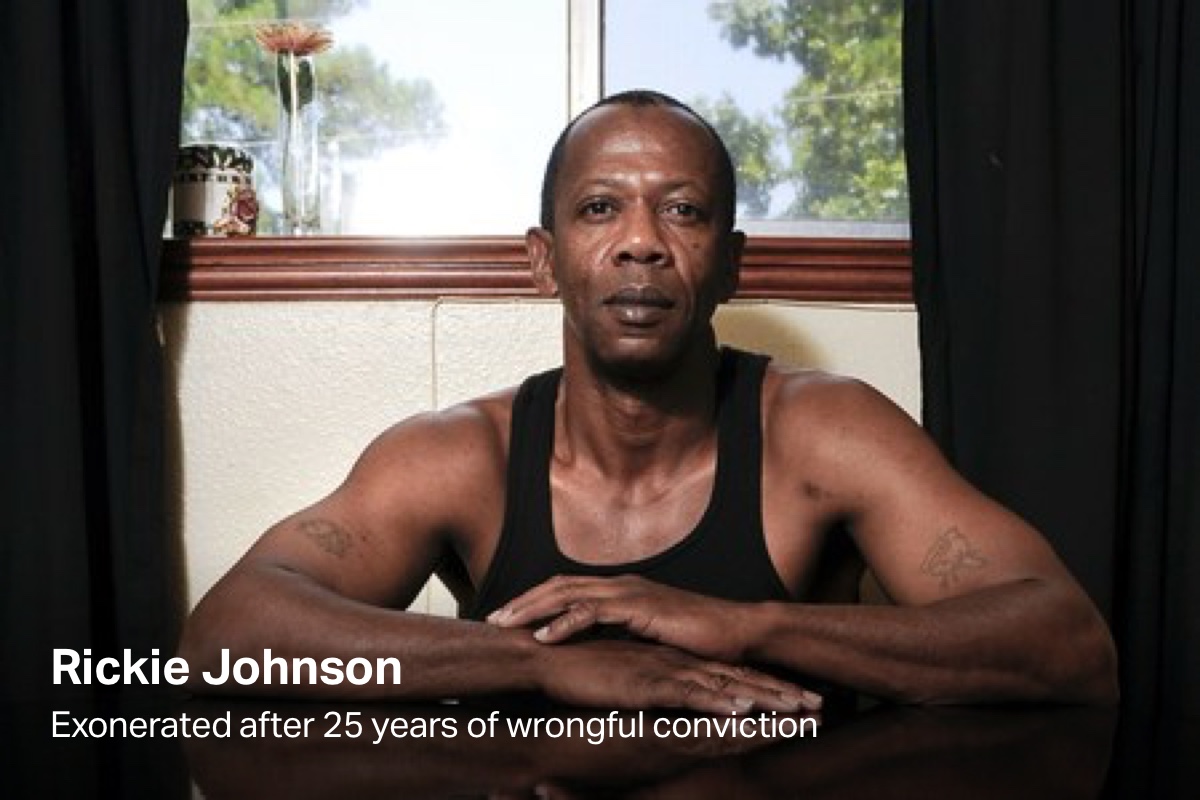 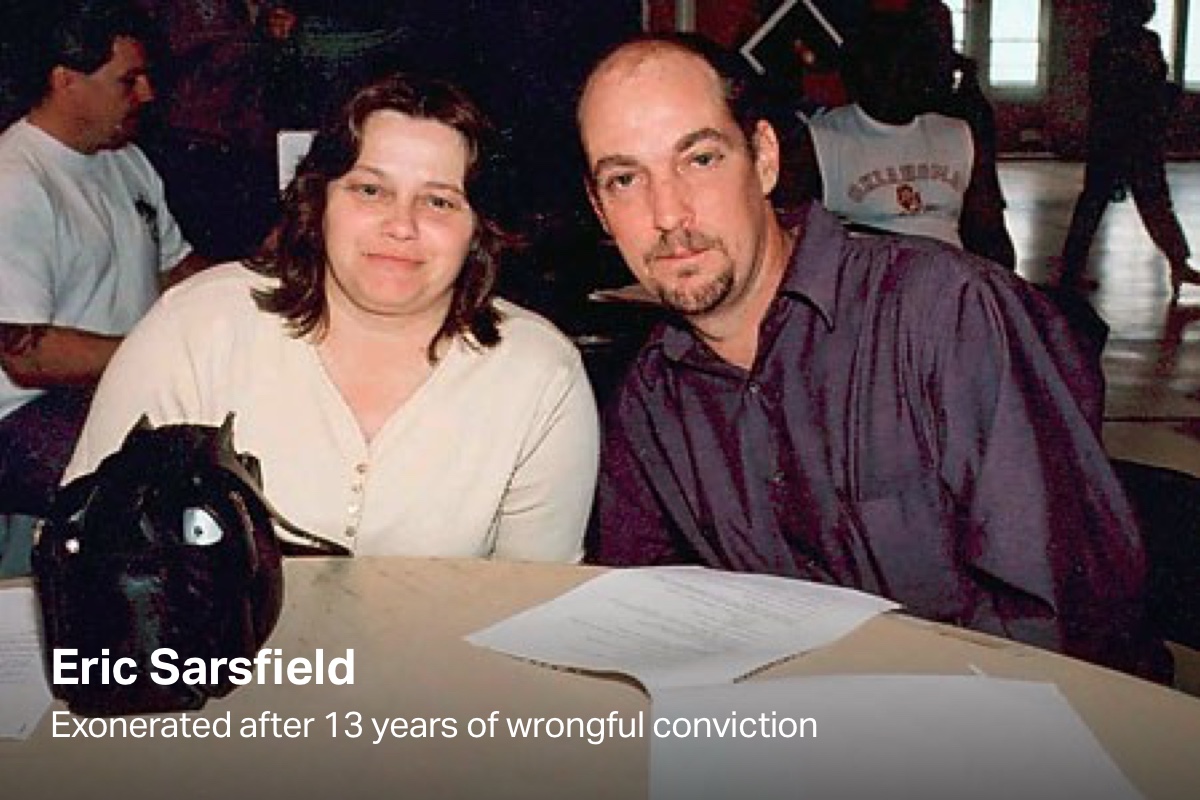 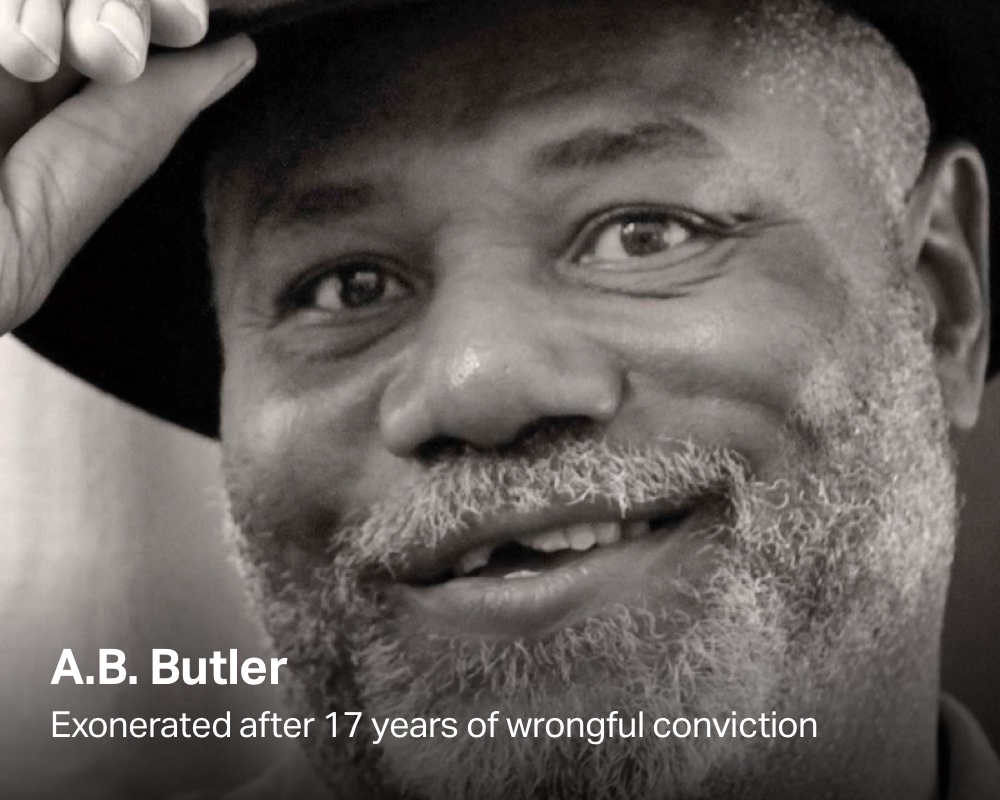 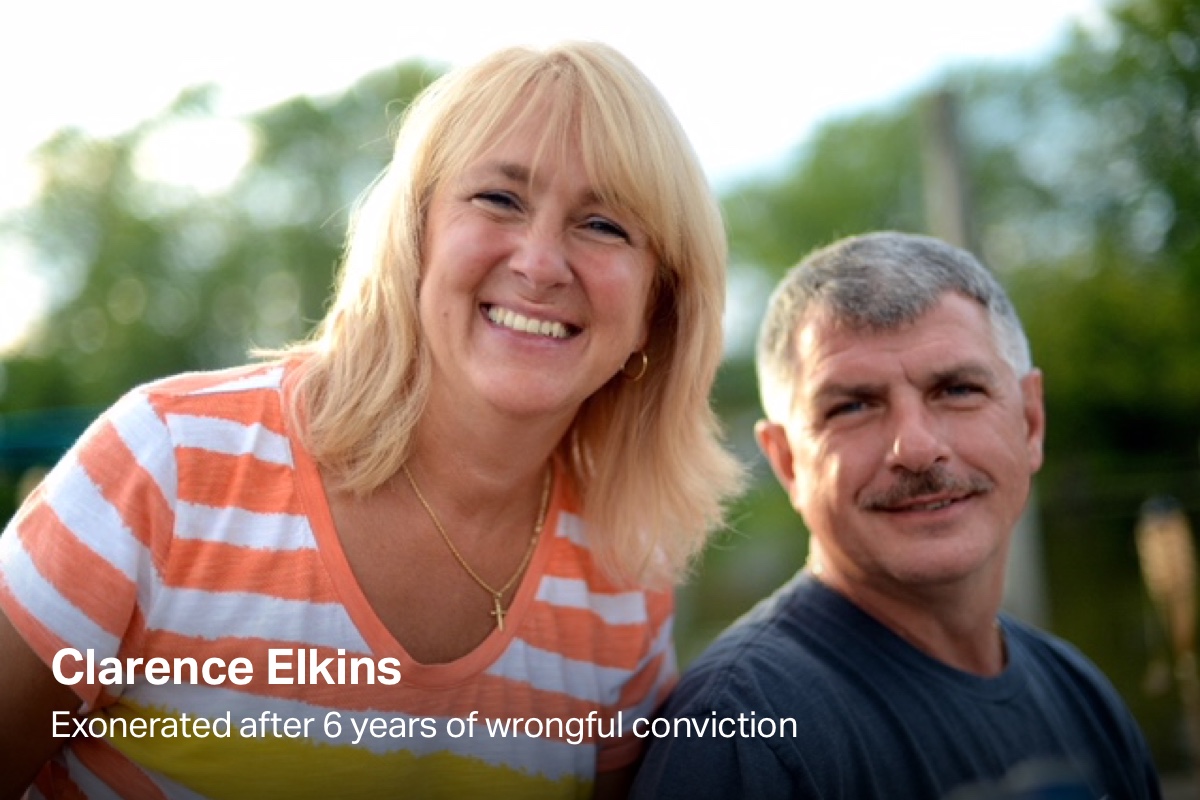 What are law enforcement officials doing to combat eyewitness misidentification?

States and law enforcement agencies across the country have recognized the risks inherent in eyewitness cases and many have embraced best practices to guard against the risk of misidentification. Thanks to the efforts of our policy team and our partner organizations in the Innocence Network, scientifically-supported best practices for law enforcement are now required in more than half of the states. Organizational bodies spanning the American Bar Association, the International Association of Chiefs of Police, the U.S. Department of Justice and the NAACP have adopted or endorsed scientifically-supported police practices to enhance the reliability and accuracy of eyewitness evidence. Despite this progress, there are still agencies all across the country that have not yet adopted necessary reforms, and we will continue to work to change that.

What policies does the IP recommend to combat eyewitness misidentification?

Is there anything not in "The Innocence Files" episodes that you think viewers should know?

The stories portrayed in the series are, of course, both shocking and tragic, and it may be tempting to believe that they were isolated examples of where things went wrong or that an eyewitness was simply mistaken and at fault. But, that’s not the right lesson to learn from these stories. Instead, there are persistent mistakes in the criminal justice system that significantly increase the risk of misidentification and wrongful conviction, such as routinely using suggestive, non-scientific identification procedures and then presenting that evidence to the jury as reliable. It is critical that we address these issues holistically and systematically in order to prevent more stories like these in the future. 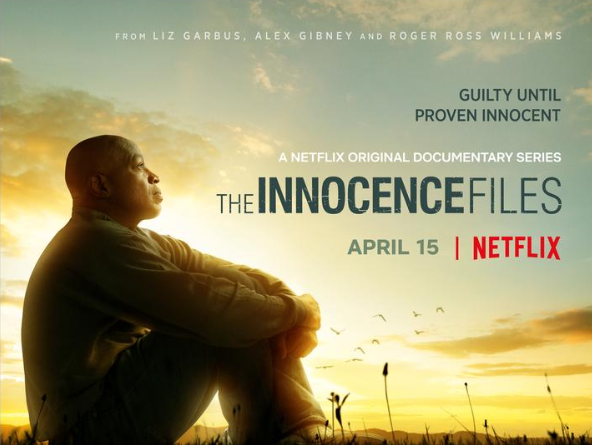