After nearly 30 years of incarceration, Gerry Thomas can return to his craft.

Gerry Thomas and family members at a celebratory lunch after his exoneration. Photo by Suzy Salamy/Innocence Project.

For nearly 30 years, Gerry Thomas sat in prison in Michigan, convicted of crimes he had not committed. And on his final night in prison, he did not sleep. Instead, he spent the night giving food away and spending time with about a dozen people with whom he’d shared “information and love” while incarcerated.

On Monday, his wait came to an end when Chief Judge Prentis Edwards, Jr. granted a motion to vacate Thomas’ 1991 conviction for assault and attempted murder, and Thomas finally walked free and returned home to his family.

“I have felt the weight of a house on my back for all these years and as soon as I came home, it lifted, and I can finally walk free both physically and mentally,” the 62-year-old said.

Thomas, an Innocence Project and Western Michigan University Thomas M. Cooley Law School client, was exonerated of a 1987 assault and attempted murder of a Detroit woman as a result of a reinvestigation by the Conviction Integrity Unit (CIU) of the Wayne County Prosecutor’s Office at the request of the Innocence Project. He described himself as feeling “up in the air” all day.

Now that he’s free, Thomas, who is an artist, said there is “no question” that he’ll keep creating art. He plans to return to leather and woodwork, which he first discovered a talent for while helping his brother fix up houses when he was younger.  He added that creating art was a comfort to him while incarcerated, and got him through decades of wrongful conviction. 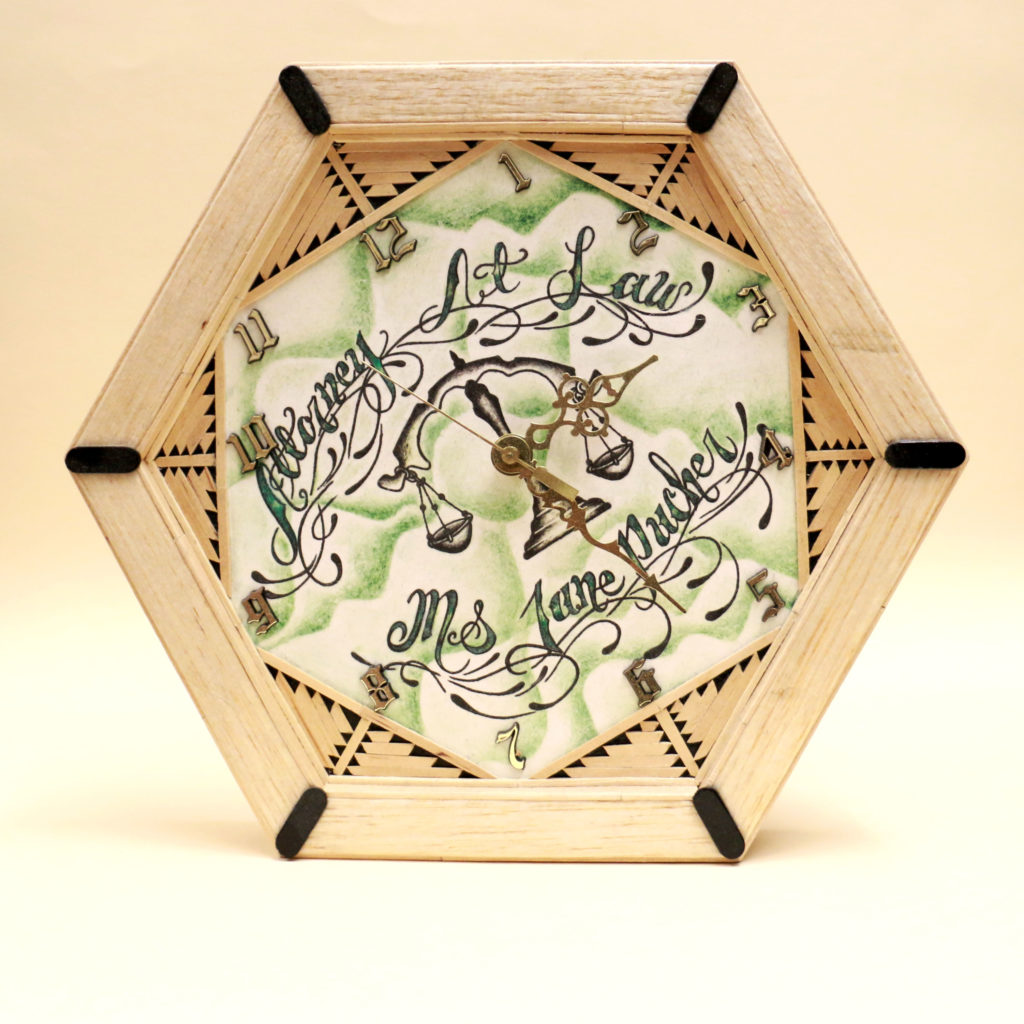 Gerry Thomas handcrafted a clock for his attorney Jane Pucher while in prison. Photo by Daniele Selby/Innocence Project.

Thomas also plans to get his driver’s license and a car, and begin to rebuild his life with the support of his family and siblings, but noted that many others who have been wrongfully convicted don’t have the same support system.

“There are people in [there] who don’t have family the way I do. The option is real slim for them to survive without support,” he said.

Thomas’ family has supported him throughout his wrongful incarceration, helping Innocence Project staff attorney Jane Pucher, who represents Thomas, and the CIU to investigate his case.

“I can finally walk free both physically and mentally.”

In 1991, Thomas was convicted of assault and attempted murder of a Detroit woman that took place in 1987. The woman had been waiting in the car for her son to come out of a convenience store, when a stranger jumped into her car. Threatening her with a knife, the man ordered her to drive and later forced her to perform oral sex.

She was eventually able to escape, leaving her attacker to drive off with her car.

Three weeks later, police pulled over the victim’s stolen vehicle and arrested the driver and passenger. The passenger told police officers that they had gotten the car from the driver’s brother, whose name he gave to the police. 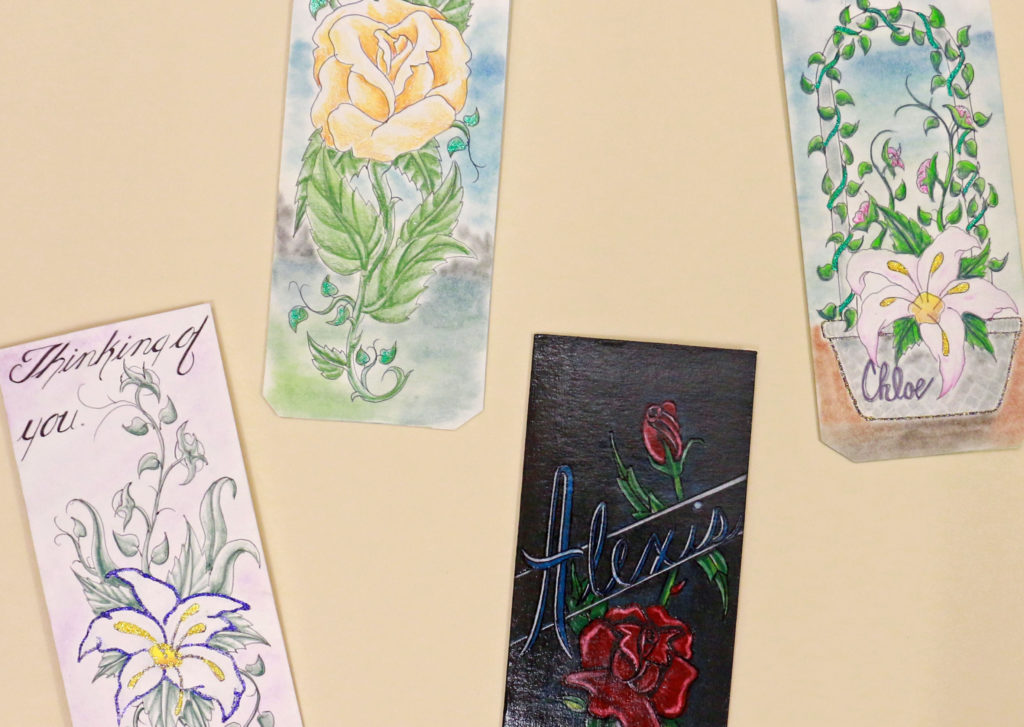 Handmade cards that Gerry Thomas sent his legal team over the years while in prison. Photo by Daniele Selby/Innocence Project.

Nearly two years later, on September 3, 1989, the victim thought she saw her attacker leaving a convenience store, not far from the initial crime scene. She contacted the police to inform them.

Later that day, the victim and police found Thomas eating lunch at a nearby Burger King, and she identified him as her attacker. The police did not arrest Thomas after that identification, but they did not reinvestigate the case either.

Yet nine months later, in May of 1990, Thomas was arrested and charged with the attack.

No physical evidence, and no other witnesses, connected Thomas to the crime. And Thomas, who has a light complexion, did not match the physical description of the victim’s attacker, a man with a dark complexion, a bushy beard, and a mustache. Thomas was also taller and larger than the attacker was described to be. In fact, a person of his size would have struggled to even fit inside the victim’s compact car at all.

“If the police had conducted a true investigation 30 years ago, Mr. Thomas never would have been arrested in the first place.”

In 2017, the CIU began investigating these and other aspects of Thomas’ case, and last September, the CIU presented its compelling findings to the district attorney, which led to Thomas’ exoneration. 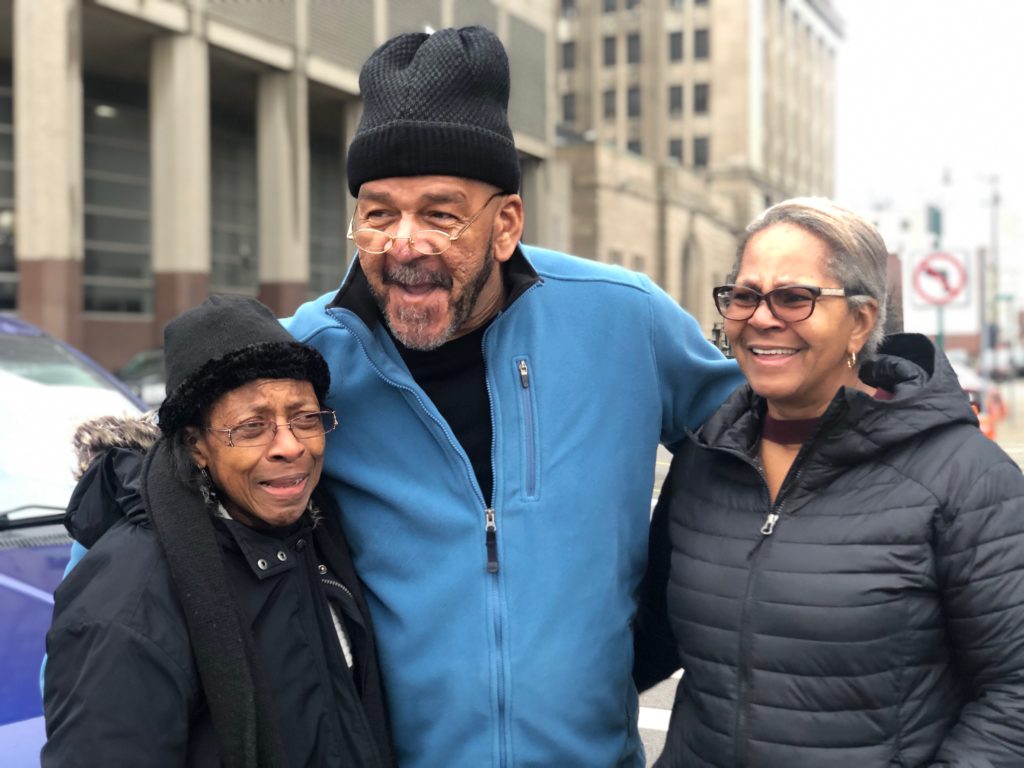 Gerry Thomas and his sisters Lois and Mary moments after his exoneration and release from 29 years in prison on January 13, 2020. Photo by Suzy Salamy/Innocence Project.

“We are incredibly grateful to the CIU and to District Attorney Kym Worthy for the significant time and resources they gave over the last two years to thoroughly reinvestigate this case,” Pucher said. “If the police had conducted a true investigation 30 years ago, Mr. Thomas never would have been arrested in the first place.”

Approximately 6% of incarcerated people in the US are believed to be wrongfully convicted, according to a 2018 study, while the best available study to date estimates that 4% of defendants sentenced to death are wrongfully convicted. Mistaken eyewitness identifications are a major factor in wrongful convictions and have contributed to approximately 69% of the more than 367 wrongful convictions in the United States overturned by post-conviction DNA evidence.