For the Wrongfully Convicted, Being a Grandparent Is a Second Chance at Raising the Next Generation

Wrongful imprisonment has forced many innocent people to miss out on seeing their children grow up. 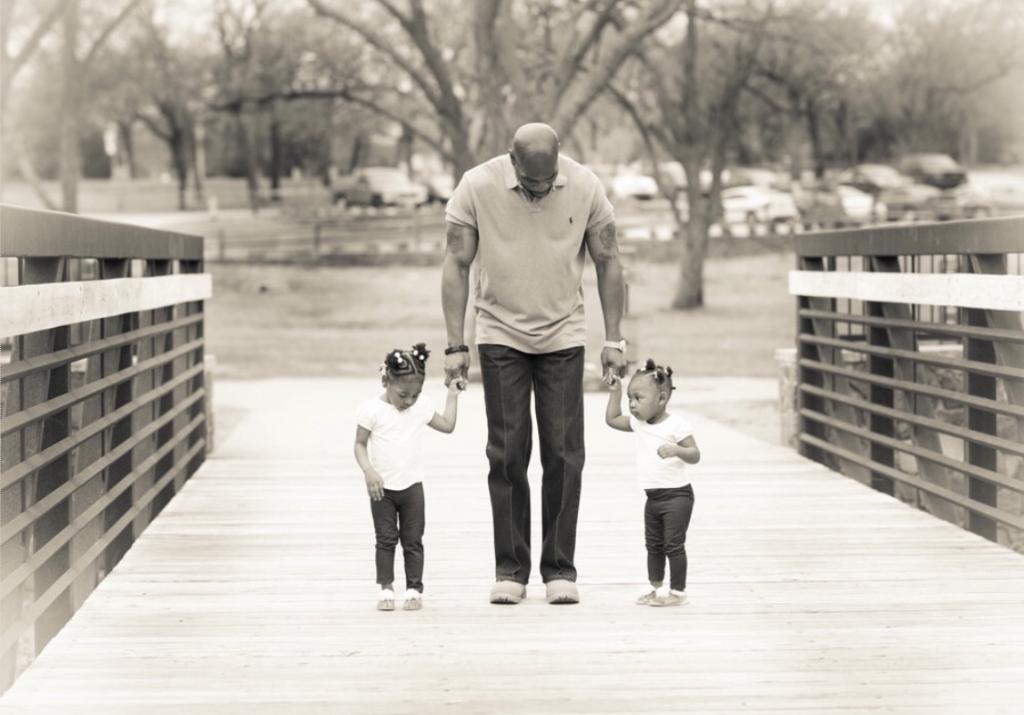 “When I went to prison Junior was just 3 years old. I always had his little face in my head while I was incarcerated and I believe I made it through prison because picturing my son’s little face gave me strength and I see that now in my granddaughter Isabela,” Felipe Rodriguez told the Innocence Project.

Rodriguez, who was exonerated in December after 27 years of wrongful conviction, became a grandfather last month and is celebrating National Grandparents Day for the first time this weekend. For many, being a grandparent means sharing cherished traditions, teaching family recipes, and passing on hard-earned wisdom. But for those, like Rodriguez, who were taken from their children by wrongful incarceration, being a grandparent also represents a second chance to help raise the next generation.

“Every time I look at her, I see little Felipe, Jr. again and it gives me deja vu,” the proud grandfather said. Isabela was born the day after her grandfather’s 55th birthday, making her arrival all the more special.

“My birthday has changed forever — I’ll never celebrate my birthday on August 15th again. From now on, we’ll celebrate together on her birthday,” Rodriguez said, adding that he will fly to meet her for their birthdays in the future if they’re ever apart.

Though Isabela is only a few weeks old, Rodriguez already has big plans for her.

“I told my son, she’s going to be an advocate for the innocent when she grows up and finds out what her granddad went through,” he said. But until then, he plans to spend as much time as possible with her. 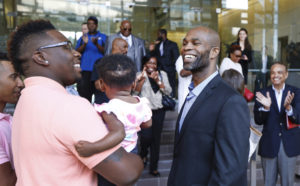 John Nolley on the day he was released in 2016. [Ron Jenkins/Innocence Project]

When John Nolley held his granddaughter for the first time, on the steps of the Tarrant County Criminal Court in Fort Worth, Texas, he, too, was reminded of his first moments as a father.

“When I was first able to touch my grandkids … it just kind of brought back all those feelings of when I held my little ones before I had to leave them,” Nolley told the Innocence Project.

While incarcerated, Nolley wasn’t able to see his children often and he couldn’t be a part of their lives in the way that he wanted to be. Nolley spent 19 years in prison for a crime he didn’t commit. It was only in the two weeks before his release — when he’d been transferred to the county jail — that he was able to see, but not hold, his grandchildren.

“When I was finally able to [on the day of my release], it made me feel like, ‘Man, I’ve gotta do this again,’” he remembered.

At first, Nolley thought being a grandfather to his granddaughters, Hodari and Hadiya, would be his second chance at raising kids. But, 18 months after being freed, Nolley and his wife Kimya welcomed their own child, John Nolley III. And soon after came his youngest grandchild, Jaxon, with whom he now shares a birthday.

“Being a grandfather and a father, I kind of get a 2-for-1 because our little one is that age now, too,” Nolley said. “Whenever my older kids are tied up, we pick up the grandkids from school and we’ll all watch movies and have ice cream, just kind of hang out together.” 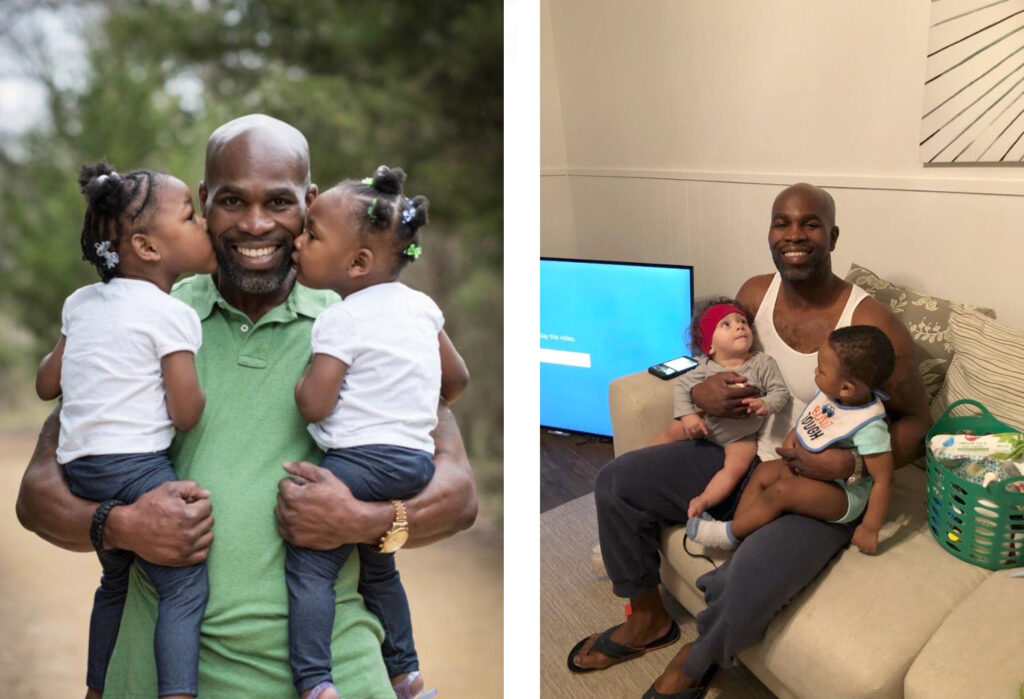 This weekend, he plans to wear the shirt his grandchildren gifted him on Father’s Day, which reads: Great parents get promoted to grandparents.

Like Nolley and Rodriguez, Leroy Harris is now relishing his freedom and enjoying time with his family after nearly three decades of wrongful imprisonment in Connecticut. In particular, he’s loving being a grandparent to Trevor and Jill.

“It’s amazing to have been able to step right into an active role as a grandfather in my grandchildren’s lives,” Harris told the Innocence Project. 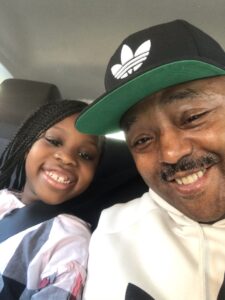 Harris spent 28 years in prison for a crime he didn’t commit, and during that time he missed out on watching his daughter, who was just 4 when he was incarcerated, grow up. He missed his father’s final days and the births of his grandchildren. So, in 2017, when he was offered an Alford plea — a guilty plea in which the defendant can maintain their innocence but admit that the prosecution would likely be able to convince a jury to convict them — he accepted. Though Harris was wrongfully convicted based on false testimony and prosecutorial misconduct, he made the difficult decision to accept the Alford plea to have his 80-year sentence reduced to time served so he could finally return to his loved ones.

That Thanksgiving, Harris and his wife Gwen, his childhood sweetheart, hosted dinner at their home. And for the first time, Harris was able to really spend time with his grandchildren. His granddaughter, Jill, immediately bonded with her grandfather over food. Jill watched as Harris prepared turkey, stuffing, and homemade biscuits, and asked to have a taste, despite being a very picky eater.

“I said yes and I stuck my finger in the batter, so she stuck her finger in and then she said, ‘Grandpa, I’m the food taster,’” Harris recalled. “And for her to gravitate towards me and to want to eat everything that I was preparing was really specially.”

Harris said his favorite part of being a grandfather and being free is simply getting to hear his grandchildren call him “Grandpa” and to spend time with them in person. Though he would speak to Jill and Trevor on the phone often during his wrongful imprisonment, he only saw them in person one time each before his release.

“It was a beautiful, beautiful experience for me,” Harris said of the first time he saw the children. “But after that I said, don’t bring them up no more.” Harris didn’t want them to be exposed to the prison at such a young age.

“I was as close to them as I could be from a distance, but now, I’m free and what we have is beyond words — a lot of love and a lot of joy. It’s everything,” he said. He’s looking forward to sharing that love and creating more memories this weekend at their family cookout.