Amidst Coronavirus Pandemic, Darrill Henry Wins a New Trial, But Must Wait in Prison

Daranika Guitroz was eight years old and her brother Darrill Guitroz just six when their father was arrested in 2004 and accused of murder in New Orleans, Louisiana. For the majority of their lives, they haven’t always been able to reach their father, Darrill Henry, when they needed him the most — despite Henry’s desire to be there for his children.

Henry, an Innocence Project client, has always maintained his innocence in the murders of an 89-year-old woman and her 67-year-old daughter. And the results of modern DNA testing recently performed on evidence from under the mother’s fingernails excluded Henry as a match, clearly proving his innocence.

Based on these results, Judge Dennis Waldron overturned Henry’s double murder conviction on March 12, and ordered a new trial.

Henry is now awaiting his new trial at the Louisiana State Penitentiary — known as Angola prison — which has suspended all visits for at least a month in light of the coronavirus pandemic, according to officials. So far, no cases of COVID-19 have been reported within the prison itself, but Henry said he is constantly washing his hands to stay healthy because hand sanitizer is not allowed in the prison.

While his family was overjoyed to receive the news, his son, Darrill, said it’s still very difficult to be apart from his father and that his wrongful conviction affects their whole family.

“It bothers me, not having him to talk to when I need him, not having a father to do certain stuff with, for him to be there for me to call on, period … I’m glad it’s almost over,” the younger Darrill told the Innocence Project.

The modern DNA testing recently performed on the crime scene evidence was not available when Henry went to trial in 2011. But that wasn’t the only factor that influenced his wrongful conviction. Police officers obtained eyewitness identifications of the attacker using highly suggestive procedures.

On the day the attacks took place, Henry was miles away from the crime scene, applying for jobs.

Eyewitness misidentifications have contributed to almost 70% of the 368 wrongful convictions that have been overturned by DNA evidence in the U.S., according to data from the National Registry of Exonerations.

Make a donation now to ensure we can keep fighting for justice for Darrill Henry.

“No other evidence implicated him in the crime … In vacating Mr. Henry’s conviction, the court recognized that as a matter of fundamental fairness the DNA new evidence should be presented to a new jury,” she said.

Daranika is currently pregnant with Henry’s first grandchild and is due in September. She hopes her father will be able to get to know and spend time with his grandchild in a way he couldn’t with his own children due to his wrongful conviction.

Daranika remembers Henry as a doting father to her and her brother.

“When he was out, we were always together — he would not leave me and Darrill behind,” Daranika said. “All I can remember is my daddy picking me up from school, running down the hallway, and seeing his face brightened my day. He was such a fun person, and it’s been hard to be without him for 15 years.”

But Henry has always remained positive. While incarcerated, he wrote poetry, which he often recites in church, including this poem about fatherhood and his love for his children. 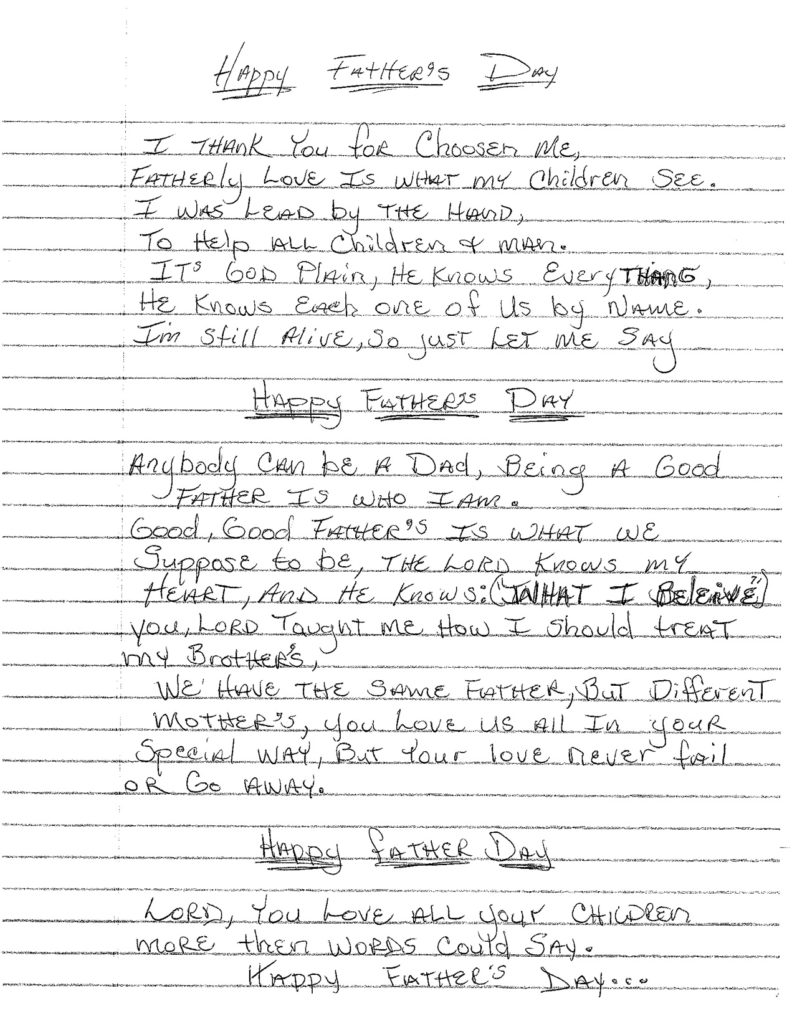